You are here: HomenextTopicsnextParishesnextThe 'vestry': composed of parish ratepayers

The 'vestry': composed of parish ratepayers 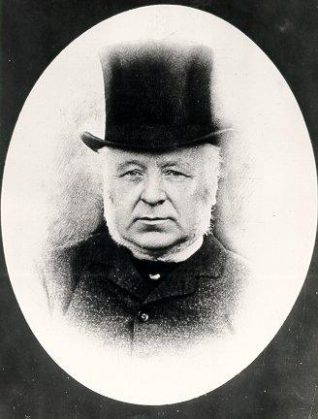 c) THE VESTRY: As mentioned above, parish vestries were originally closely connected with the church, but civil powers were granted over many years. The vestry was theoretically composed of all parish ratepayers, but an ‘open’ vestry never really developed in Brighton and decisions were taken by a select group which included the vicar, high constable, church-wardens, overseers, headboroughs and other parish officials. Town meetings were called when necessary to decide important issues however, and elections by all ratepayers were held to appoint guardians and town commissioners as detailed below.
In 1773 the town commissioners assumed responsibility for most municipal affairs, and the vestry was restricted to matters such as church maintenance, cemeteries, and poor-law, including the workhouse. Until 1804 they usually met at one of the town’s many inns, but after that date, and occasionally before, the old Town Hall in Market Street was used. The 1810 Brighton Town Act transferred responsibility for the poor to the town commissioners, but it also gave the election of new commissioners to the ratepayers, and in 1825 they won the important rights to elect the ‘Directors and Guardians of the Poor’ and to elect sixteen new town commissioners annually. Following incorporation in 1854 however, the functions of the Brighton Vestry largely died out except for cemetery responsibility, and as an occasional body of ratepayers to discuss issues. Somers Clarke was re-appointed vestry clerk from 1830 until his death in 1892 when the post was discontinued; his bust may be found in the Town Hall.
The Brighton Vestry, under the chairmanship of the vicar, was generally Liberal, even Radical; it petitioned Parliament for an extended franchise in support of the ‘People’s Charter’, a copy of which was even pasted into the minute book. There were notable clashes in the vestry during the incumbency of the Tory vicar of 1824-70, Revd Henry Wagner.
Vestries in the rural parishes of the area continued to function until 1894 when they were replaced either by directly elected parish councils or by parish meetings. Rural district councils were also formed that year to look after many functions in the parishes.
{14,112,300}

d) PAROCHIAL OFFICERS: Two of the most important parochial appointments were the overseers and the church-wardens. Under the 1601 Poor Law Act, the overseers of the poor were required to levy the poor rate and to supervise its distribution; however, they lost the distributive function under the 1810 Brighton Town Act which passed that responsibility to guardians, and they then operated as collectors only. Overseers were appointed annually by the vestry until 1894, and were then appointed by the county borough council until the office was abolished by the 1925 Rating and Valuation Act.
Church-wardens, who were appointed annually by the parishioners in vestry on Easter Tuesday, had many duties and were anciently the custodians of the parish’s income, using it for the maintenance of the church, parish buildings and defences. In sixteenth-century Brighton their principal income came from the ‘quarter share’ claimed from each fishing trip, and was mainly spent on the upkeep of St Nicholas’s Church , the Townhouse and the Blockhouse. The Book of Ancient Customs of 1580 laid down strict rules for both the contributions and the expenditure, and provided for a rate from the landsmen as well. It also specified, unusually, three church-wardens for the parish of Brighton, two of which were to be fishermen and one a landsman. The parish of Brighton, now that of St Peter’s Church , retains three church-wardens to this day. {14,273,300}