You are here: HomenextTopicsnextTrade and businessnextFactoriesnextEmployment for many Moulsecoomb residents

Employment for many Moulsecoomb residents 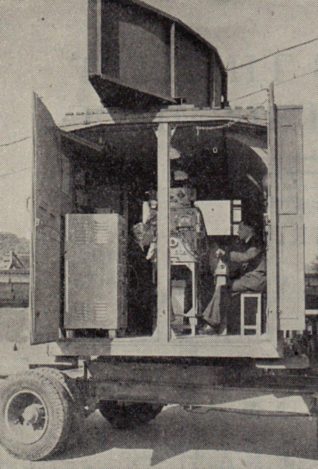 d) ALLEN WEST LTD: Employment for many of the estate’s inhabitants was provided by the small industrial estates along Lewes Road to the south and in Moulsecoomb Way. The leading industrial concern was Allen West Ltd, a firm of electrical engineers founded in April 1910 by Mr Allen West at a shared factory in Lewes Road to the south of Natal Road. The firm soon took over its co-occupiers, Reasons, and in 1927, jointly with Schweppes, took over the large Oppenheimer diamond factory on the southern side of Coombe Road. As the company expanded so several overseas subsidiaries were established, and by 1939 more space was required at Brighton. The first Moulsecoomb Way factory opened in 1939, followed by a second in 1940, and the firm made a great contribution to the war effort, building thousands of radar sets and sections for the Mulberry harbour. Up to 3,000 people were employed by Allen West after the war, and further factories were opened in Moulsecoomb Way in 1953, 1956 and 1957. A new administrative and design office was opened in 1966 at Dewe Road above the original factory.

However, the following year saw a number of redundancies, and all production and offices were transferred to Moulsecoomb Way. The almost new Dewe Road building was put up for sale in 1968, but the corporation declined to buy it and it was sold to a property company in March 1972; it was then renamed Mithras House and since 1977 has been used by the polytechnic. The original Lewes Road factory was demolished in October 1972, and in early 1973 Allen West Ltd was acquired jointly by Tube Investments and General Electric of America. By December 1984, Allenwest Electrical Ltd had been acquired by its own management for £27.5 million. Now most of the Moulsecoomb Way sites have been sold, with just one factory operated by Allen West Electrical. The Moulsecoomb Way sites are destined to become the FairwayRetailPark; the first warehouse, Texas Homecare, opened at Christmas 1985. {83,123,272}