You are here: HomenextTopicsnextViews of the city: images & opinionsnextNostalgia GallerynextBrighton in the 1960s and 1970s 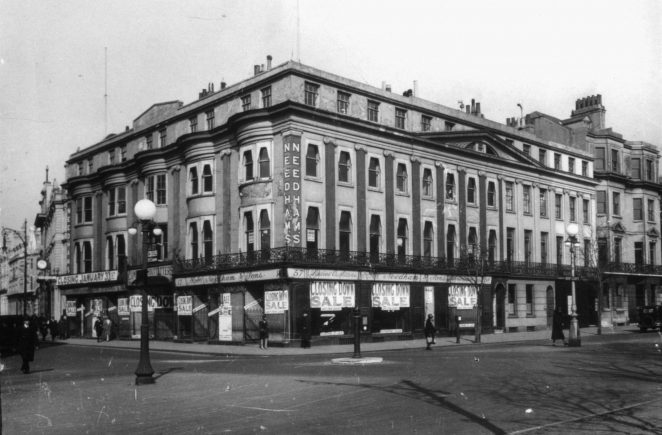 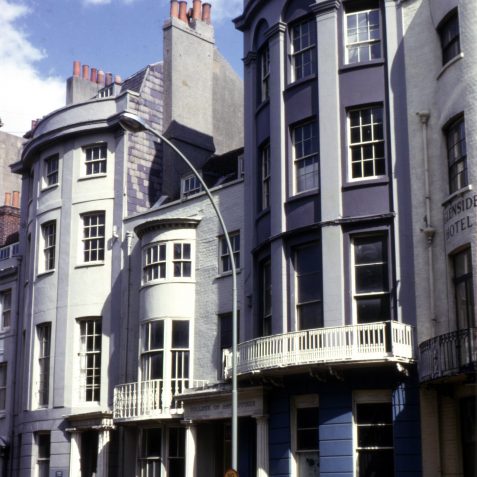 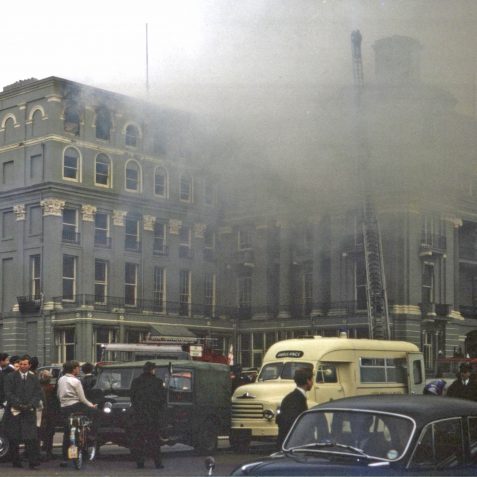 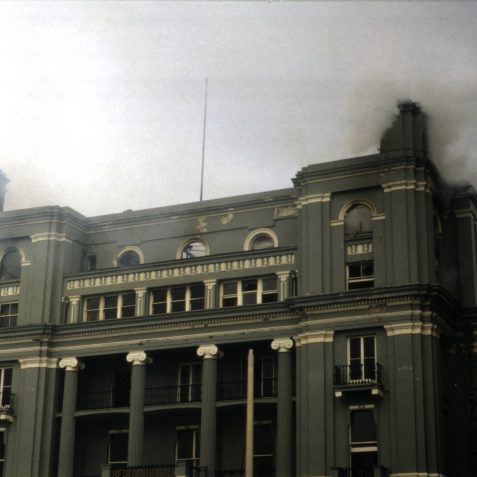 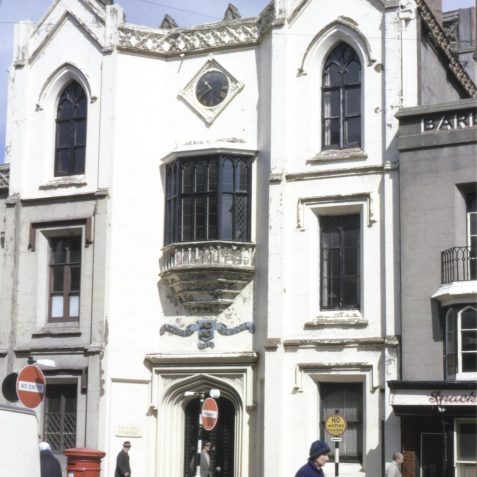 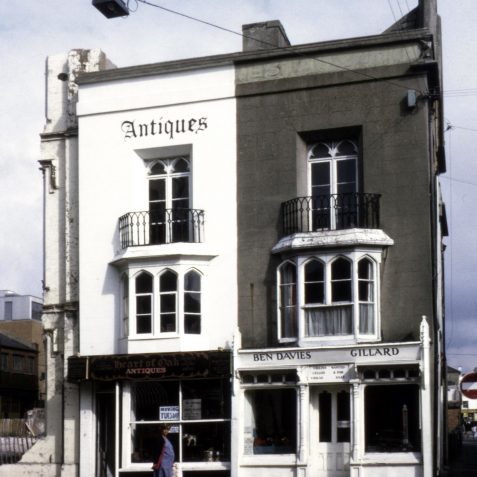 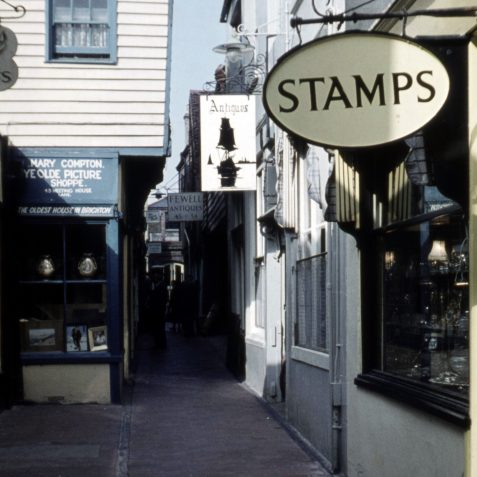 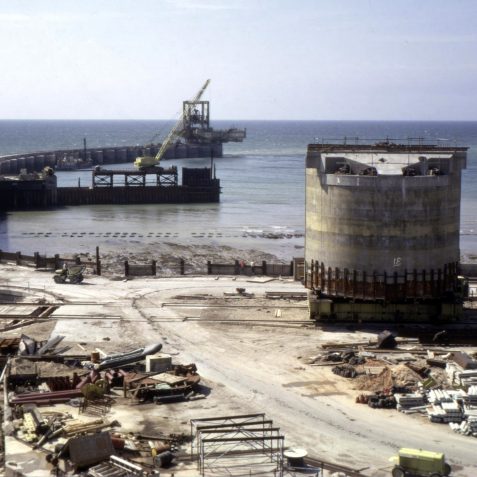 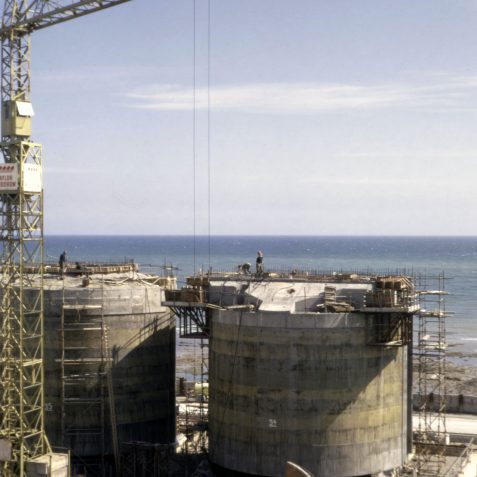 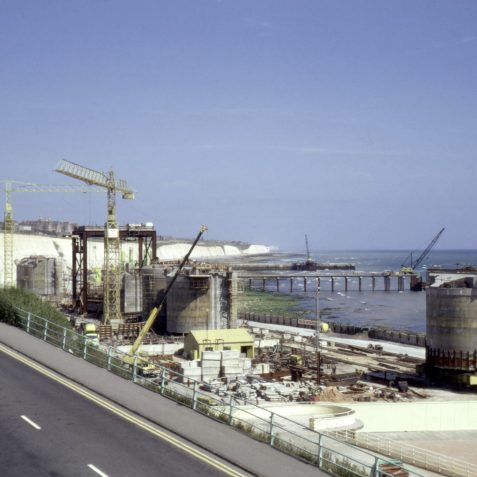 I have recently come across some slides, mostly taken by my father Clifford Musgrave and used in lectures he gave on the history of Brighton. From 1939 to 1968 he was Director of the Royal Pavilion Estate, Curator of the Brighton Museum and Art Gallery, not to mention holding the post of Chief Librarian. He was the author of the book Life in Brighton, histories of the Royal Pavilion and the Old Ship Hotel, as well as many books and articles on Georgian and Regency architecture and furniture.

As if this was not enough, Clifford somehow found the time to give many lecture courses to various organisations and adult education groups such as the W.E.A., not just in Brighton but in other places in Sussex.  Some of these were in quite remote rural areas. I remember he carried in his trusty Morris Minor Traveller a large collection of totally obsolete electrical plugs and adaptors to enable him to use his slide projector in village halls with old (and sometimes dangerous) electrical supplies.

With one exception, these slides were taken during the 1960s and 1970s. Mostly they show old buildings in Brighton. Some of these no longer exist, others have changed over the years. I have made a selection of those where the changes have been greatest and probably most interesting. In some cases, they duplicate photos of the same building on other pages of My Brighton and Hove, but I have still included them as they may add colour or other detail.

The shots of the Central School in Church Street, and the fire at the Bedford Hotel are in this category, and both these buildings obviously experienced the most extreme changes. There are other slides I have not uploaded at this time, of buildings where change seems to be non-existent or minimal. These are all of churches, as it happens.

Some details not clear

The earliest view of Needham’s store was not taken by Clifford, nor does it show the store in the 60s or 70s, so it unashamedly breaks the rules. It appears to be a copy of a photograph in another collection, so I have been unable to give a fully accurate attribution. I think the old Art College buildings in another slide were demolished for the new College, but I am uncertain about this. Clifford was also fascinated by changes that were still taking place at the time and I have included three slides of the construction of the Marina.

In some cases, the caption of the slide is missing or incomplete. If anyone finds that a correction is needed or more information should be added, please let me know or add a comment. 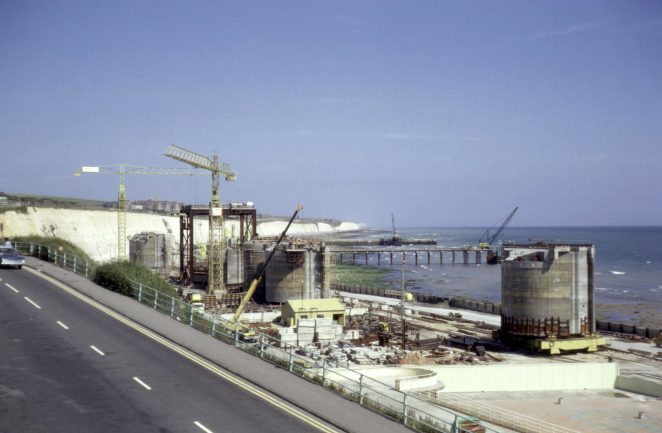 The Marina under construction 1973