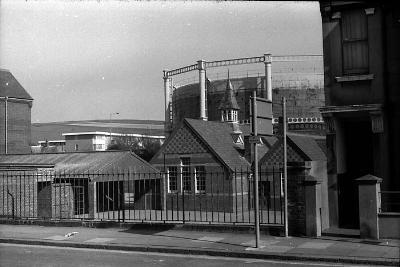 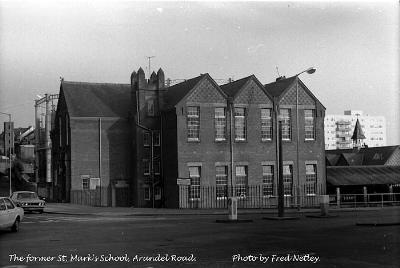 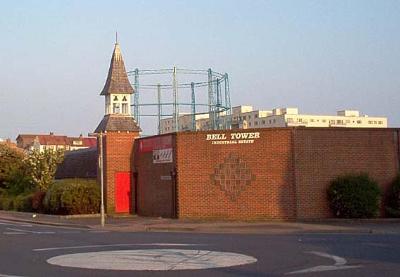 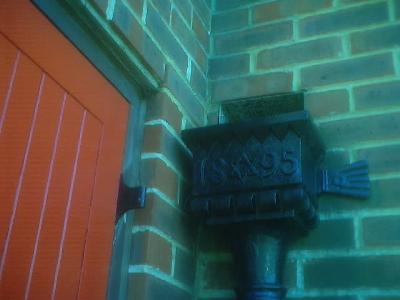 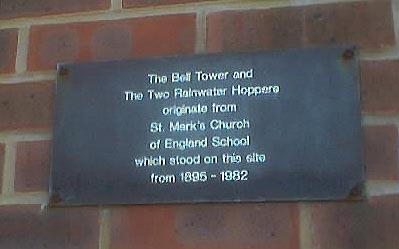 Having started life in Sussex Square in 1845, St Mark’s School moved to Chesham Road in 1856 and then to Arundel Road in 1896. The plaque on the wall of the current site says this: The Bell Tower and the Two Rainwater Hoppers originate from St Mark’s Church of England School which stood on this site from 1895-1982.

Interesting memorabilia
When the Arundel Road site was being demolished, in 1983, George Horrobin was on site looking for memorabilia and the vicar gave him permission to take the dragon. It remained in his garden in Wilson Avenue for about ten years before being returned to the new school in Manor Road.

School bell preserved
The school’s bell tower was preserved as the distinctive feature of the Bell Tower Industrial Estate which was developed on the site.