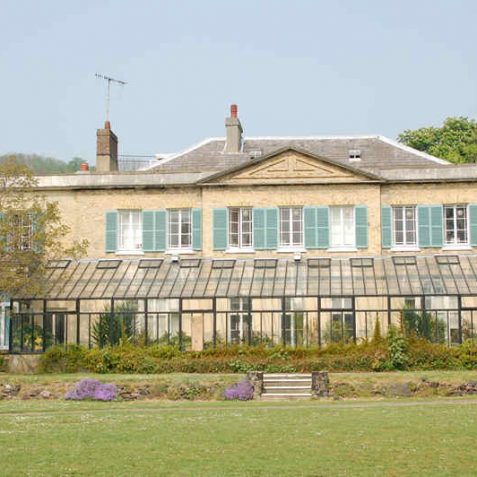 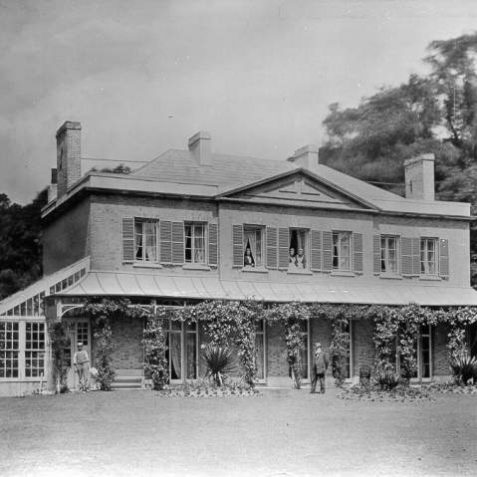 Moulsecoomb Place, c. 1890: The house has a yellow brick facade and was built in the early 18th century. It was remodelled in about 1790 for Benjamin Tillstone, thereafter becoming the seat of this family. The house has a central pediment and a single bow The veranda was added in about 1810. The South Wing was added in 1906. The house and its estate were acquired by Brighton Corporation in 1925 and became the headquarters of the Parks and Recreation department. It was sold to Brighton University In the mid-1980s.
Image reproduced with kind permission from Brighton and Hove in Pictures by Brighton and Hove City Council 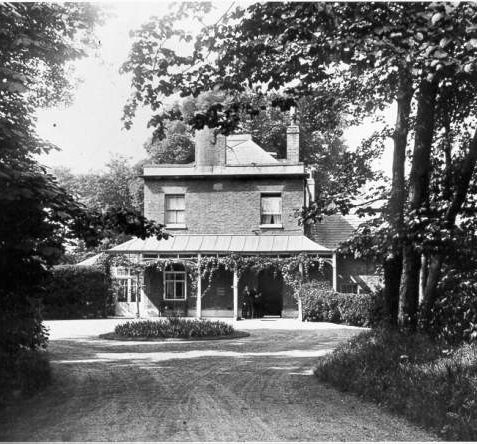 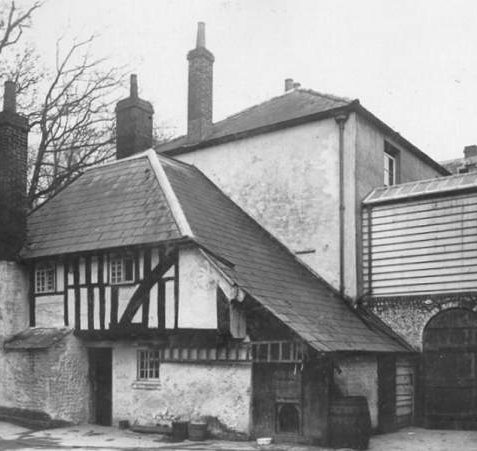 Cottage behind Moulsecoomb Place, Date unknown: This timber-framed cottage can be found on the west side of Moulsecoomb Place and is said to be the oldest secular building in Brighton, dating from 1500 or earlier. It is the only surviving part of a larger building, perhaps the mediaeval manor house. George IV was reputedly a regular visitor when Prince Regent.
Image reproduced with kind permission from Brighton and Hove in Pictures by Brighton and Hove City Council 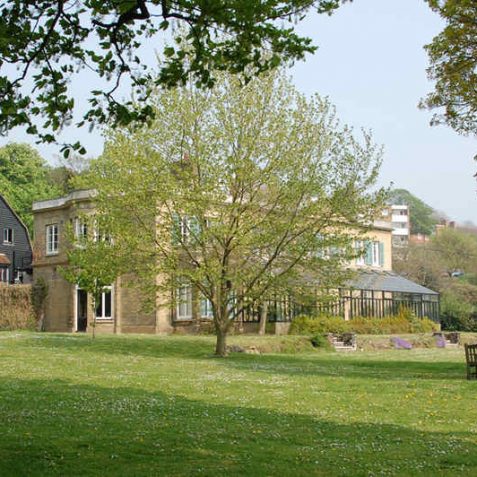 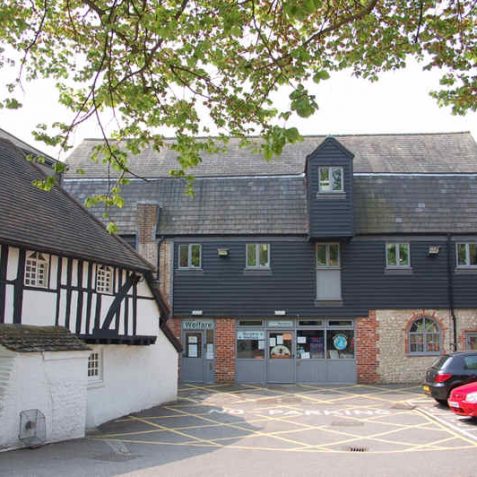 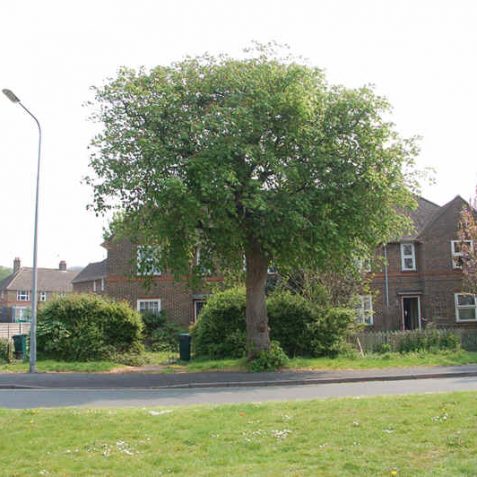 68 The Highway: the former site of Lower Moulsecoomb Farm
Photo by Tony Mould 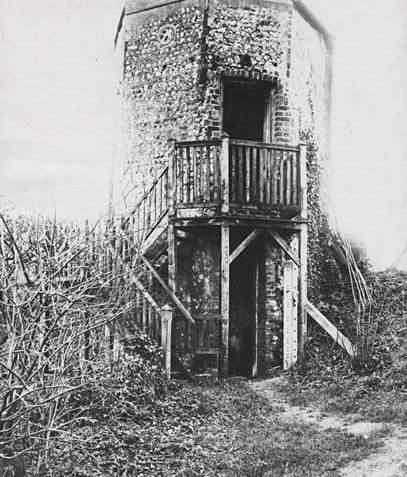 This photographic print was made by the Borough Surveyors Department. It is of the dovecote at Moulsecoomb Place, Brighton. This structure was frequently visited by the Prince Regent during his time in Brighton, and became popularly known as The Princes Tower. The Prince converted the building into a summer house, where he used to enjoy playing his silver flute. The structure was destroyed by vandals in 1942.
Reproduced courtesy of Royal Pavilion, & Museums, Brighton & Hove

a) MOULSECOOMB PLACE: Moulsecoomb , as a manor, dates from at least the eleventh century, but the present fascade of the manor house, Moulsecoomb Place, was constructed in 1790 for Benjamin Tillstone on a building which includes much work from the early eighteenth century. Faced in yellow brick, the house has a central pediment, a south wing which was added in 1906, a single bow and a recent conservatory. The listed building was acquired by the corporation in February 1925 as part of the 315-acre, £30,000 Moulsecoomb estate of Mr B.T.Rogers-Tillstone, and has since been used at various times as a school annexe and a branch library; it is currently the headquarters of the Parks and Recreation Department.
Attached to the rear of the house is a listed cottage said to be the oldest secular building within the borough, and also reputedly haunted by a mistress of James II. Dating from around 1500 or earlier (some references say 1350-1400), it has recently been restored and has a projecting, timber-framed upper storey which may be viewed from Queensdown School Road. It is the only surviving portion of a larger building which was perhaps the medieval manor house. Nearby is a large, weather-boarded tithe barn of the sixteenth century with timbers said to have come from the Spanish Armada, and a single-storey flint extension. A dovecote, known as the Prince’s Tower from visits made by the Prince of Wales (later George IV), was destroyed by vandals in 1942.
Upper Moulsecoomb or Home Farm stood on the other side of the railway line until the 1960s, a site now occupied by Queensdown (formerly Woodside) SpecialSchool; in 1989-91 land to the north-east is being developed as a light industrial estate, the Home Farm Business Centre. The site of Lower Moulsecoomb Farm is now covered by the houses around 68 The Highway.
{1,8,44,45a,109,110a,305}