This photo is of a Nativity Play and was taken in 1954, at St. Mary’s Church, Surrenden Road.

I was in the choir and had to sing a solo. I was so nervous that when I opened my mouth to sing, I croaked and hardly a sound came out. What a show up.

If anyone remembers any other of the pupils, please do leave a comment along with the name. 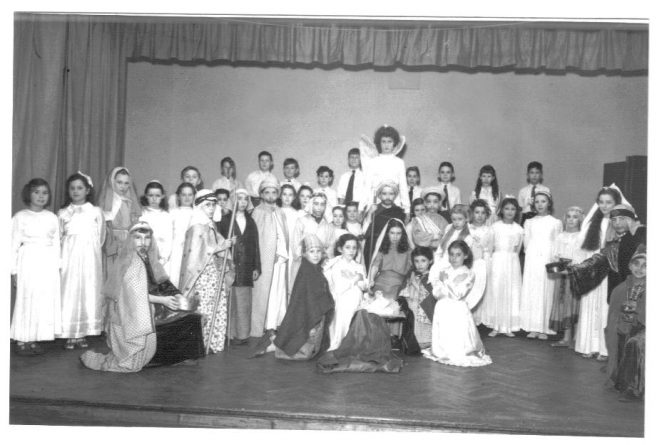