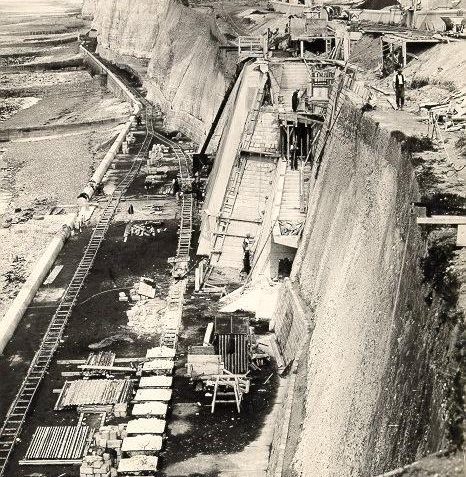 Undercliff Walk and Sea Defences at Ovingdean Gap, c. 1932: to protect the cliffs east of Black Rock it used 13,000 tons of cement, 150,000 concrete blocks and 500 workers.
Image reproduced with kind permission from Brighton and Hove in Pictures by Brighton and Hove City Council 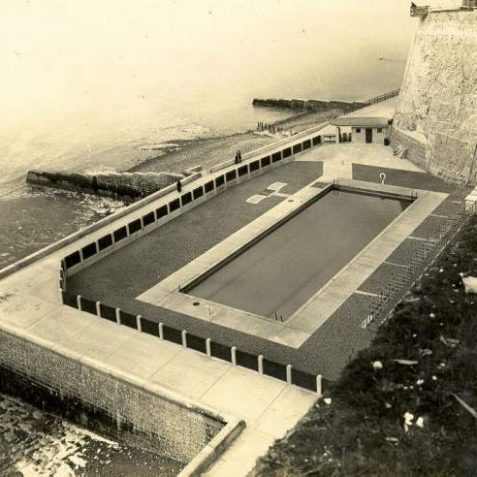 Rottingdean Swimming Pool, c. 1935: Aerial view of Rottingdean Swimming Pool. This opened on 29 July 1935 to replace bathing facilities lost when the sea wall and Under cliff walk were built. It was a seawater pool and measured 100 feet by 35 feet. It was filled in with concrete in 1994.
Image reproduced with kind permission from Brighton and Hove in Pictures by Brighton and Hove City Council 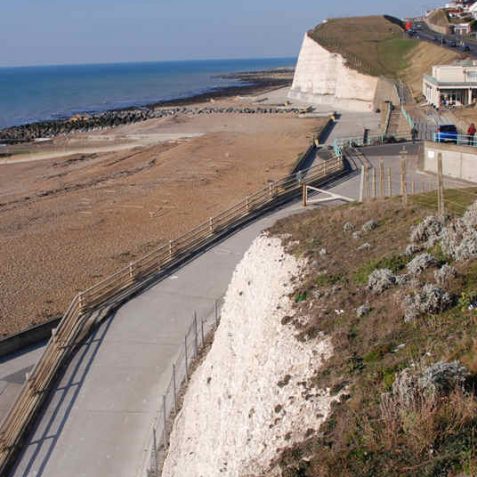 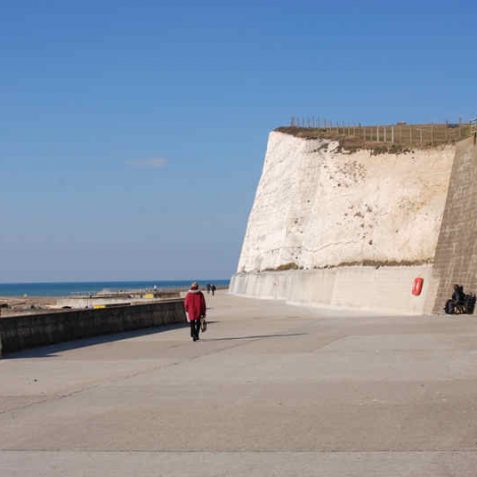 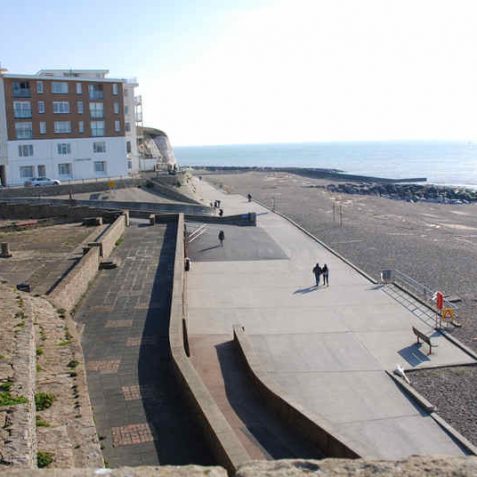 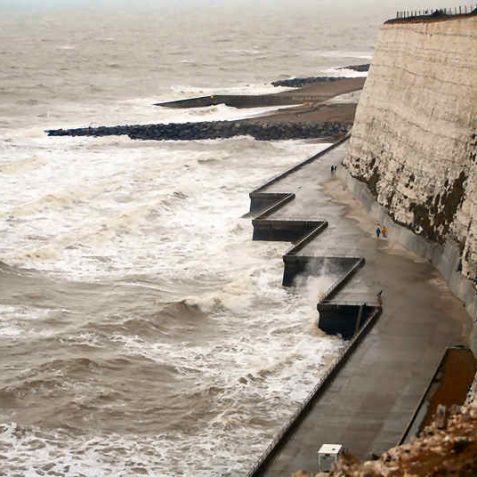 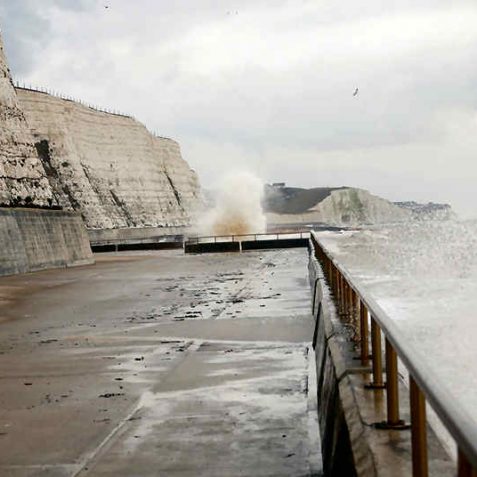 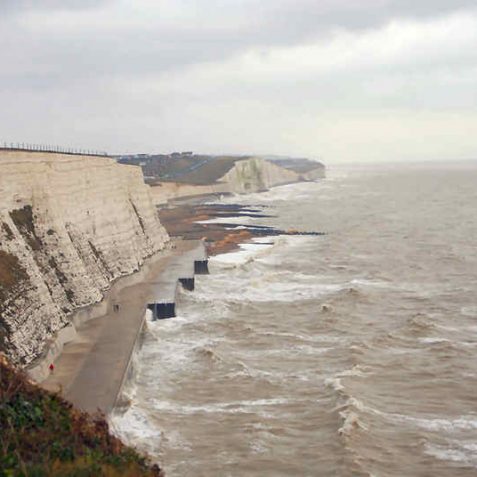 In 1928 the parish of Rottingdean was incorporated into Brighton. In order to protect its new coastline, which had increased from 2.2 to 5.4 miles, and also to safeguard the vital intercepting sewer, the county borough council embarked on a great scheme to protect the cliffs to the east of Black Rock , a project that also enabled Marine Drive to be constructed. The result was the Undercliff Walk , a sea-wall at the base of the cliffs designed by borough engineer David Edwards. It was constructed in 1930-3 at a cost of £360,000, and used some 13,000 tons of cement, 150,000 concrete blocks, and 500 men at a time of severe depression, although there was controversy over the ‘importation’ of Welsh miners to do skilled rock work.
The walk was formally opened from Black Rock to Rottingdean , about 2.3 miles, on 4 July 1933 by Minister of Health Sir Hilton Young at Ovingdean Gap. The extension to Saltdean Gap was formally opened by the mayor, Edward Denne, on 29 July 1935 at the same time as the Rottingdean swimming-pool which was built to replace bathing facilities lost to the sea-wall. A sea-water pool 100 feet by 35 feet, it has few facilities but occupies a wonderful location below the cliffs. In 1989 it was privately managed, but the storms of January 1990 caused £100,000 worth of damage and the pool is in danger of permanent closure.
The last 200 yards of the sea-wall to the borough boundary opened a few months later, and a 310-yard extension by Chailey Rural District Council was opened in 1963.
The Undercliff Walk is now 3.35 miles long, part of a 7.5 mile promenade from Portslade to Saltdean. It is between 8 and 35 feet wide, 10 feet above high water, and is itself protected by about 67 groynes. Access to the beaches and rock pools may be had along its length. Access to the Undercliff Walk itself may be had at Black Rock , Roedean Cafe, Ovingdean Gap, Rottingdean Gap and Saltdean Gap, but care must be taken as rock falls occasionally occur, especially after heavy rain; it should not be used at all during rough weather. Great damage to the Walk was caused by the storms of February 1990, causing certain sections to be closed off, and a £7 million repair scheme has commenced.