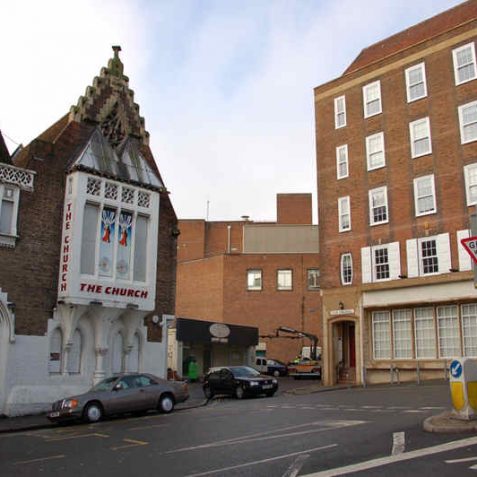 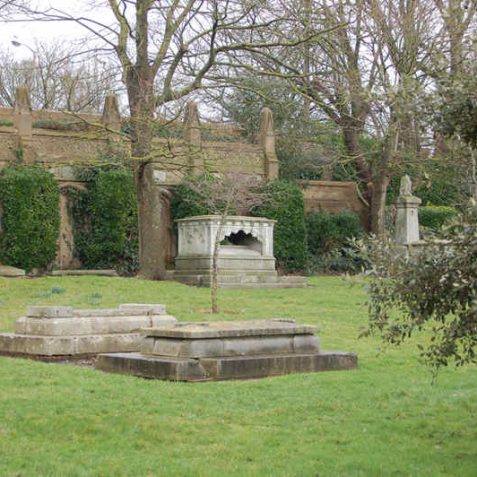 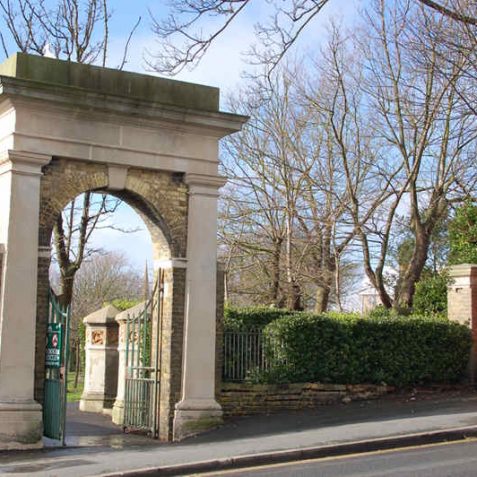 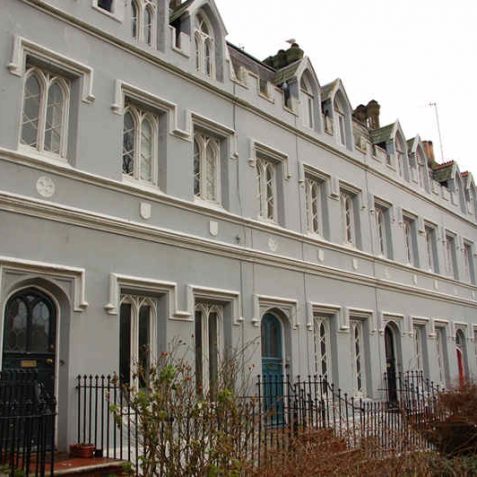 1-5 Wykeham Terrace; originally part of a home for prostitutes
Photo by Tony Mould 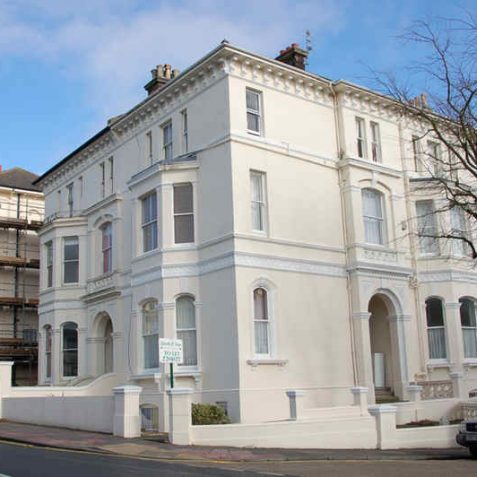 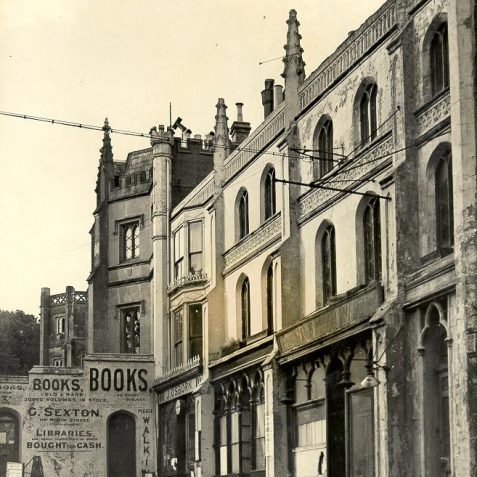 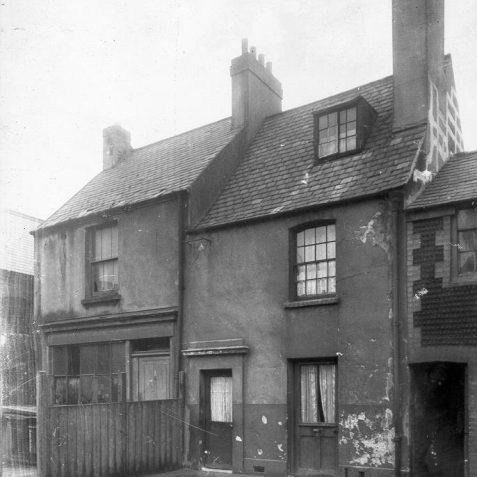 Regent Row, c. 1930: Houses in Regent Row, which formerly ran between Dyke Road and Regent Hill. Although a small part of Regent Row survives, the Marks and Spencer department store now stands on the site of these houses.
Image reproduced with kind permission from Brighton and Hove in Pictures by Brighton and Hove City Council 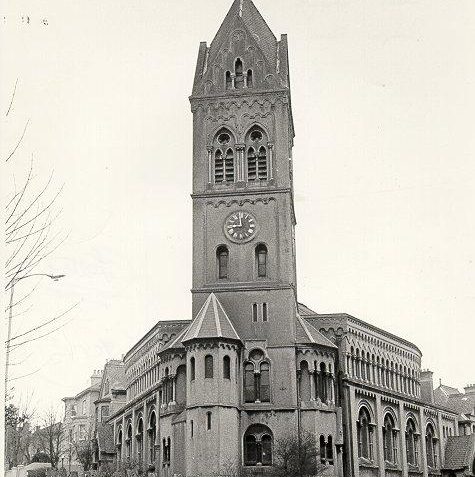 Dials Congregational Church, 1971: Dials Congregational Church, at the corner of Dyke Road and Clifton Road, was built in 1871 by Thomas Simpson. In Romanesque style, it had a horseshoe-shaped auditorium and a 150 foot clock tower which was a prominent landmark. The church was demolished in April 1972 and Homelees House was erected on the still vacant site in 1985-6.
Image reproduced with kind permission from Brighton and Hove in Pictures by Brighton and Hove City Council

a) SOUTH of SEVEN DIALS : Climbing up Dyke Road from Western Road , the first building of note is no.11, Fozzies club. Now a listed building and adorned with an oriel window and foliated capitals, it was built in German Gothic style by George Somers Clarke in 1867 as the Swan Downer School, a charitable school for the education of twenty poor girls founded in 1816 from the bequest of a Brighton merchant. Originally at 12 Gardner Street, the school moved to Windsor Street in 1859 and then to Dyke Road, but closed in 1939. The building has had a variety of uses since, including a chapel and Sloopys discotheque. {44,209}
The lie of the land around no.11 and Regent Row gives a clue to the existence of a large chalk pit from which building materials were extracted in the seventeenth, eighteenth and early nineteenth centuries. The pit, which was partially filled when Upper North Street was constructed in the 1820s, used to have a forge at its entrance and a cave in the chalk face where once lived the eccentric Corporal Staines. To the north is the DykeRoadRestGarden, the 1841 extension to St Nicholas’s churchyard ; the adjacent K6-style telephone kiosk is a listed building. See also ” St Nicholas’s Church “. {18,44}
On the opposite side of Dyke Road is Wykeham Terrace , an attractive, listed terrace completed between 1827 and 1830 {108} in Regency Gothic style with dormer windows, projecting bays and unusual diagonal glazing bars. Nos.1-5 and 8-11 formed part of St Mary’s Home for prostitutes (see “Queen Square”) from the 1850s. The whole block was restored in 1970 having been occupied for some time by squatters, and an excellent model of it may be found in Brighton Museum . No.7 was the home of actress Dame Flora Robson until her death in July 1984. {44,83a,123}
Development along Dyke Road took place throughout the Victorian era, including the large, semi-detached villas erected above Buckingham Road in about 1870 in the grounds of the former workhouse . On the western side the large St George’s House, an Italianate villa at the corner of Clifton Terrace , was built in about 1840 as the Norman Villa and was later known as Clifton Lodge. Used as a secretarial college after the Second World War until 1974, it is now used by the county council. The most prominent building was the Dials Congregational Church at the corner of Clifton Road, a Romanesque building of 1871 by Thomas Simpson with a horseshoe-shaped auditorium and a 150-foot Rhenish clock tower which was a considerable landmark across the town. The church was demolished in April 1972 and Homelees House was erected on the vacant site in 1985-6. {44,83,123}