You are here: HomenextPlacesnextStreetsnextLondon RoadnextMum's favourite shopping spot in the 1950s 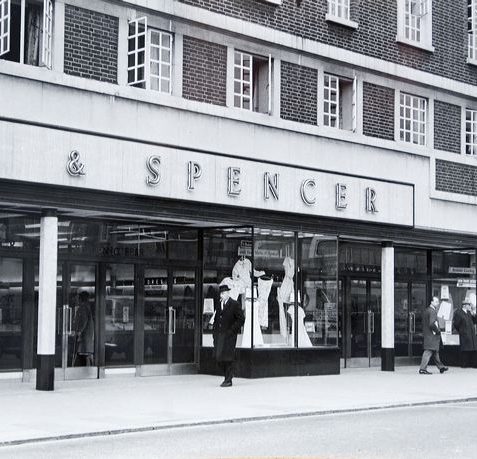 Marks and Spencer's premises at 6, 7 & 8 London Road, west side, early in 1966. Marks started in London Road in small premises at 43/44 in 1927 but soon outgrew these, so they had this building built and opened in 1935. The firm occupied it for 51 years until being closed on 26 July 1986, when the business was concentrated at the Western Road store.
Image reproduced with kind permission of The Regency Society and The James Gray Collection 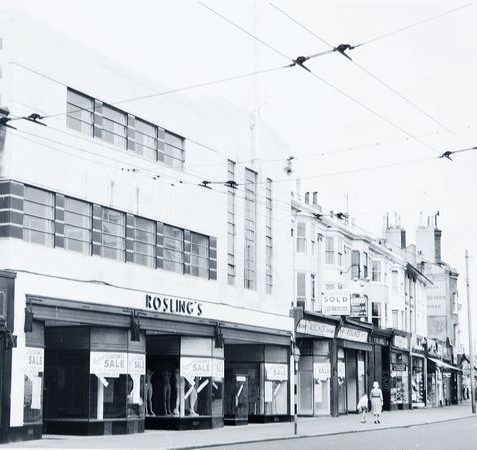 Rosling's premises, 27/31 London Road at the time of the sale of the business, August 1960. Rosling's were here for 55 years. The premises were then empty for 5 years until it re-opened as the Woolworth Store in 1965.
Image reproduced with kind permission of The Regency Society and The James Gray Collection 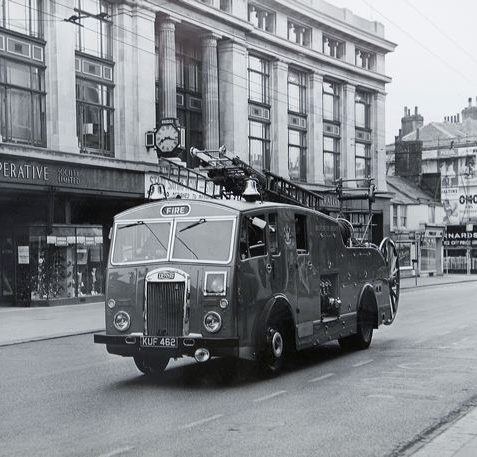 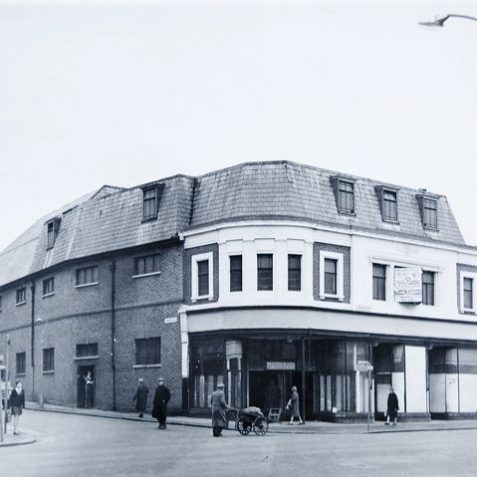 Alterations to Woolworth's old premises in progress, in February 1968. Originally numbers 1 & 2, London Road were private dwellings similar to the adjoining buildings to the north. In the 1880's they were converted to small shops and business premises. After a life of nearly 100 years they were bought by Woolworths, demolished and replaced in 1927 by the rather ugly building seen in these photographs of February 1968.
Image reproduced with kind permission of The Regency Society and The James Gray Collection

Getting the 46 trolley bus

I well remember my Mum getting the 46 trolley bus from Hollingbury to go “Down the London Rd ” to do the shopping two or three times a week. She also went to “The Market” for vegetables, fruit and a bit of haddock (the yellow smoked stuff) which we had with a knob of butter and bread on a Saturday. The Co-op was great, it had vacuum change machines that sent your money into the main office, then a receipt and change would zoom back through the system as if by magic. I still remember my Mums ‘Divi’ number as I was under orders to quote it, when making any purchase as a young man

The heart of Brighton

London Road was the heart of Brighton in the 50s and 60s. I remember Woolworths, Sainsbury’s with its glass topped tins of biscuits, and Bellman’s. There was Bradshaw’s for that new bike at £27.00 for my rich pal Dave. Mine was built from bits from the dump and a new tyre from Strudwick’s; it cost 15 shillings I think. The great sweet shop near Mitchell’s sold traditional sweets; monkey nuts, chewing wood, bull’s-eyes, humbugs, cough candy and lots of other wonderful treats. And of course there was Broadmead’s, where I pre ordered Jimi Henrix’s first LP in the late 60s.

A stout in The Northern

Western Road was rarely visited by our family although I remember MacFisheries and Marks and Sparks. My Uncle Frank had a fruit and veg stall in the Open Market which was a great place for produce , I loved the ‘Blind Man’s’ stall, he always knew if anyone was there. Alas today I am sure he would be robbed by the light fingered . I think Mum had the odd stout in ‘The Northern’ where Mrs Hayward was the landlady, before “lugging the heavy bags home”.

Not a McDonalds in sight

On a Saturday I would watch for the 46 bus, then as soon as I saw Mum, run across the ‘Green’ to help her with the shopping. Then she would have a hot cup of tea; she would probably have preferred another stout, but I knew nothing of such things . Those were very happy days. London Road was a great place to visit and shop, and not a McDonalds in sight.