On the 8 December 1967, I was sitting at one of the few desks in the Radio Brighton office, when through the window it became clear that the area was being paralysed by a heavy snow storm.  Everything stopped.  People were trapped in offices and shops and children in schools.  I knew the transmitter on the Race Hill was running on test and there was still a regional radio studio in one of the cupolas of the Royal Pavilion. I rang the Head of Radio, Frank Gillard, one of the pioneers of local radio, and asked if we could overcome the technical problems could we go on the air with a special programme.  He gave permission and said he would fix it with the Post Office [who then controlled such matters] and would get the Light Programme to publicise the programmes.

Creating radio history
The Fire Brigade, who had a 4×4 vehicle, got George Orchard up to the transmitter to change the wiring.  The staff at the Kemp Town telephone exchange changed their wiring so the Pavilion studio was now connected to the transmitter.  My first executive decision was to send one of the small number of staff present, to buy wellington boots in Bond Street.  David Waine set up a news room in the office and I manned the Pavilion Studio.  During the rest of that day and on to mid day the following day we broadcast eight special programmes full of information. This showed how important local radio could be in an emergency and created radio history. 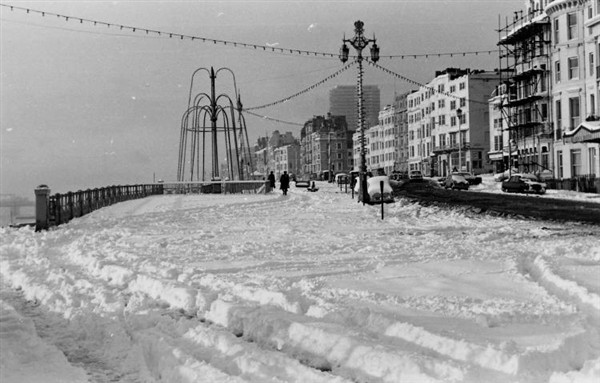 Station opened in 1968
The station opened on 14 February 1968 at 6pm. This sounds an odd time for radio today but back then it made sense.  The Mayor of Brighton, Cllr Ronald Bates, cut a piece of recording tape secured across the entrance.  Four of Brighton’s distinguished actors told the story of the town.  They were Flora Robson, Dora Bryan, John Clements and Sir Laurence Olivier.  The first three did it without fee.  Sir Laurence, respecting his trade union, did it for the basic Equity minimum. This was probably the first and last time this ever happened.

First outside broadcast
Also in the programme was our first outside broadcast.  John Henty was positioned on Sussex Heights, then the tallest building in the area.  The idea was that he would describe all that he could see.  Unfortunately, a heavy sea mist came down and he had to explain his predicament and rely on his memory. The station opened its regular programmes the next day in the early morning. 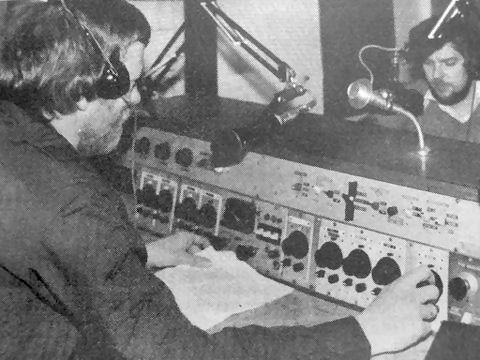 Community partnership
Already in existence were four other BBC local stations, Leicester, Sheffield, Merseyside and Nottingham.  In preparing the schedules for Brighton I refused to look at those of the other stations, determined that ours would really match the needs of our area. The philosophy behind the BBC stations was new.  Each would provide a service for the city or town but this would be done in partnership with the local community.

Something for everyone
Before Brighton opened I had spoken to many local groups.  This meant that we had programmes for anglers, for sailors, for sports enthusiasts, and for business. The churches provided ‘Thought for the Day’ and services, the University of Sussex, and the polytechnic provided education programmes. There was even a regular programme for dog lovers. No fees were paid. The professional station staff helped the enthusiastic amateur broadcasters.