You are here: HomenextTopicsnextEntertainmentnextBroadcastingnextRadio Brighton on air February 1968 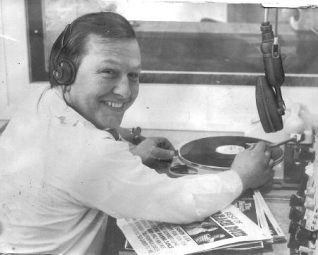 BBC Radio Brighton was one of the first wave of BBC Local Radio stations. It broadcast on 88.1 MHz VHF only. The station broadcast only for limited daytime hours in its early years, relying on Radio 2 and Radio 4 for sustaining the service. The transmission area was initially restricted to little more than the immediate Brighton and Hove and the surrounding suburbs. Though a short-lived emergency service had been broadcast during the blizzards earlier that winter, the station went live on the air on the 14th of February 1968.

I introduced Laurence Olivier to officiate at the grand opening of the station. Before he went on air he gargled, sang ‘la, la, la’ and coughed like he was going on stage to play Hamlet. He then officially opened the station. My next guests were Elsie and Doris Waters who were sisters of Horace John Waters better known as Jack Warner of Dixon of Dock Green fame. Gert and Daisy were the two characters they played that formed a British female comedy act, particularly remembered for their contribution to film and radio entertainment during World War II. These guests were chosen because they lived locally.

Do you have any early Radio Brighton memories? Please leave a comment below.

Before the grand opening Bob had asked me to compile a music programme to last two hours. I did not tell anyone what I had decided to do. My show came on the airwaves giving a full blast pop programme. After I came off air Bob Gunnell, the station manager, summoned me into his office and told me that it was be the first and last pop programme the station would broadcast. He was as good as his word.  At that time a young 19 year boy, Phil Fothergill, was listening to my show with great expectations. His one ambition was to get into radio. At the end of my programme he thought ‘WOW! We got our own Radio Caroline!’  How wrong he was, as he soon found out.