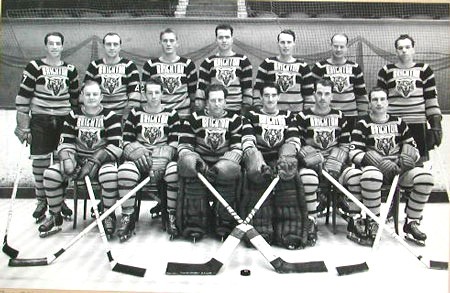 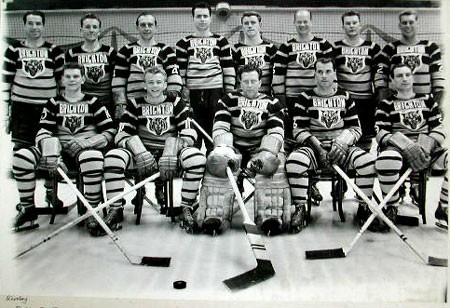 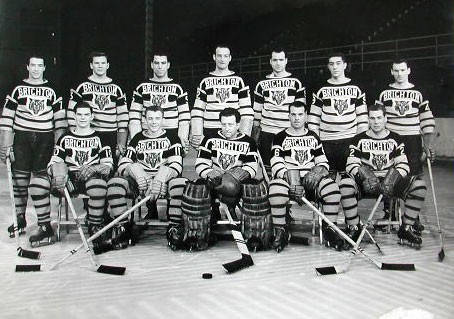 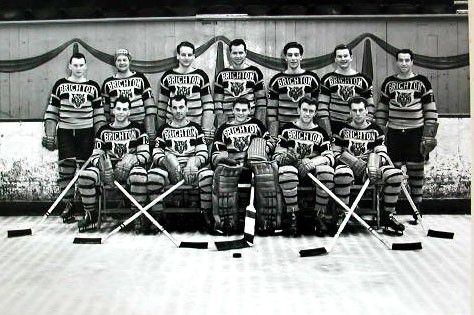 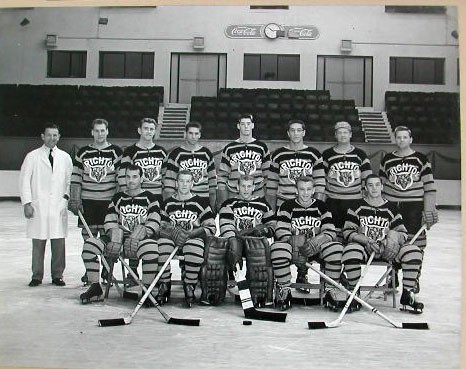 The photos were a familiar sight to the many thousand of supporters who visited the rink over the years to cheer their home team onto victory in its thirty year history.  Originally framed, the photos lined the stairway to the left on the building up to the second floor where the very popular “Long Bar” was situated.

In the final stages of demolition in December 1965, all that remained of the vast rink that dominated the bottom of West Street was the main Art Deco style frontage!  Many items of memorabilia had been left abandoned in Benny Lee’s (Managing Director) office as workmen routinely burnt their remains!

Fortunately the Brighton Tigers team photographs had been rescued prior to the building being closed by the well known BBC commentator Alan Weeks.  Alan originally started his career at the rink as Publicity Officer in 1951.  One of the Tigers biggest fans he was also one of the great commentators of ice hockey and ice skating worldwide.

Unfortunately some year photos are missing due to water damage as the original frames were dismantled for storage.

The photos were kindly donated to my project by his widow (Jane Weeks) and eventually will join the entire Sports Stadium collection when donated to the city.