North from the Steine:George Street 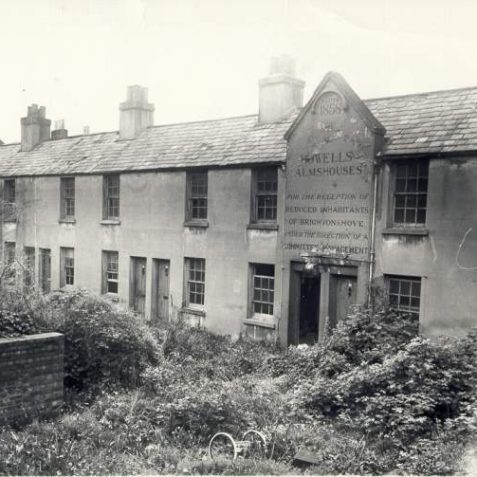 Howell's Almshouses, 15 May 1969: These almshouses were built in George Street by Charles Howell in 1858 "for the reception of reduced inhabitants of Brighton and Hove". By 1965 they were derelict and in 1987 a three storey row of houses called Howell's Court was built on the site.
Image reproduced with kind permission from Brighton and Hove in Pictures by Brighton and Hove City Council 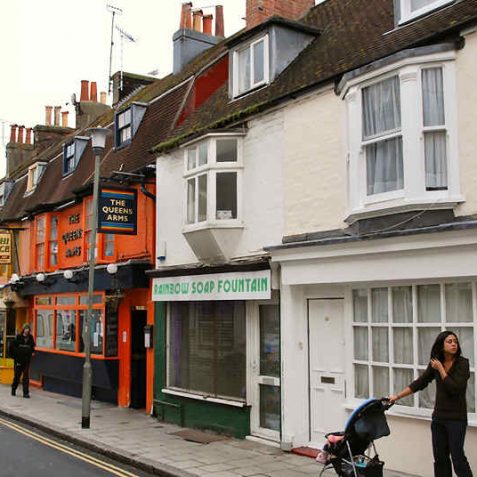 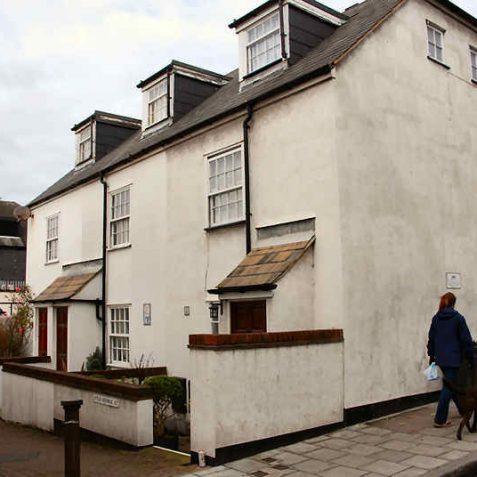 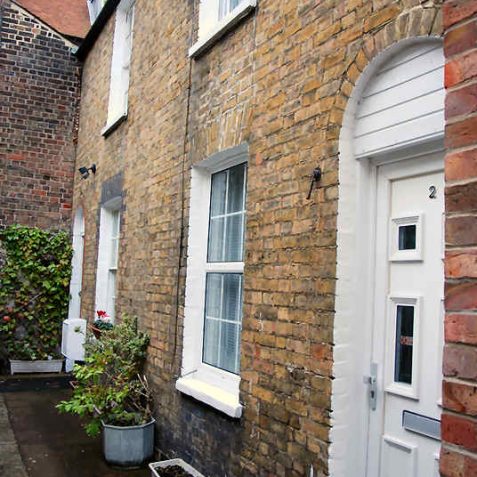 The attractive streets leading south from St James’s Street are detailed under “East Cliff”, but there are also some interesting streets leading northwards; a substantial amount of redevelopment has taken place, however. In topographical order from the Steine, they are:

e) GEORGE STREET: First developed in the 1790s for the workers servicing the high-class housing of the East Cliff , George Street retains a number of small cottages of which nos.2-10 and 17-35 are included on the borough council’s local list of buildings of interest; no.20 has a cobbled front, while nos.1-8, 21-26 and 32-35 are faced with mathematical tiles . The three-storey row known as Howells Court was erected in 1987 on the site of Howell’s Almshouses, ten small, stuccoed houses built in 1859 by Charles Howell ‘for the benefit of the reduced inhabitants of Brighton and Hove’, but they were derelict by 1965. The houses of Little George Street were erected in 1988 on the site of a group of eleven cottages of that name which were demolished in 1974. A passage between nos.1 and 2 George Street leads to St James’s Court, two brick houses from around the turn of the nineteenth century. {3,6,108,123,306}