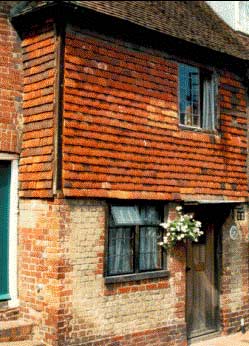 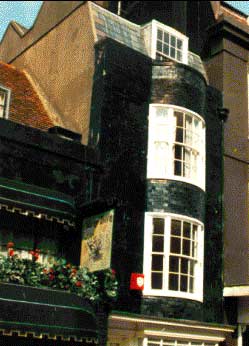 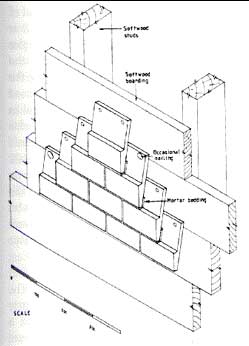 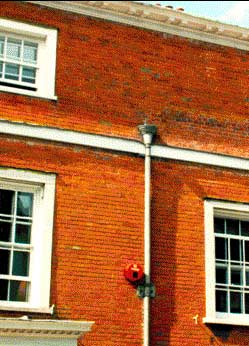 zoom
Red tiles in header board 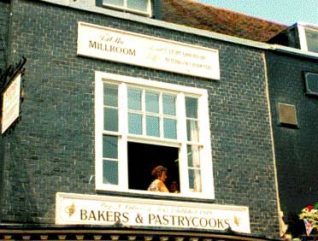 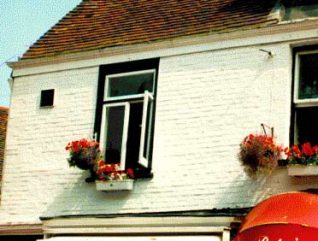 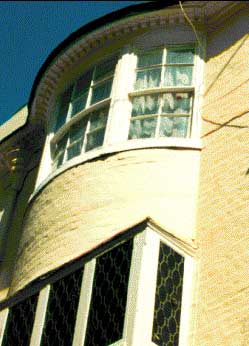 1. The two reasons for tiling walls
There are two reasons for covering the face of a building with tiles of some sort: one is to weatherproof it and the other is to alter the appearance of it. The principle form of vertical wall-tiling is plane tiles which are exactly the same tiles as I use on the roof but hung vertically, fixed normally to a timber-framed building. A very interesting form of material came into use during the 18th century and that is what is commonly known as mathematical tiles.

3. They are the same shape as brick
A mathematical tile is a clay tile which is the same shape as a brick. This was partly the reason they were used because in the 18th century to bring your house up to date you needed to have a brick face. To rebuild the front wall would have been expensive so the alternative was to cover the whole of the front face with mathematical tiles.