Essential repairs to the pier clock 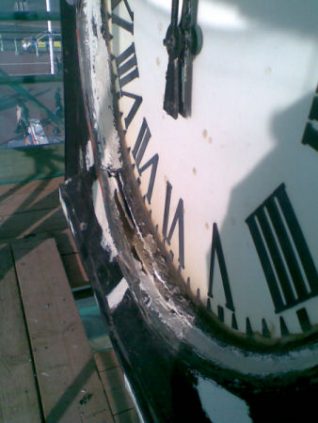 zoom
Detail of damage to the clock
Photo by Brendan Eldridge 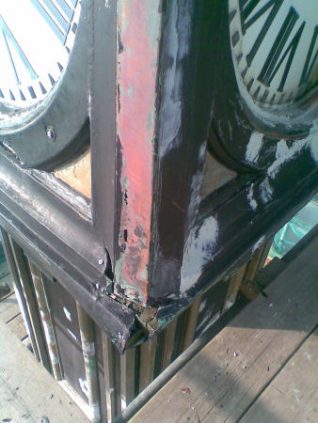 zoom
Detail of damage to the clock
Photo by Brendan Eldridge

The remodelled clock tower is constructed from a steel work frame, timber, cladded in zinc and painted black with various brass coloured details such as the rosettes. We are unsure when the clock tower received its last makeover but due to the recent high winds and constant rain, the tower is looking very tired.

During the last winter we noticed that the time keeping of the clock was slowing down and on further investigation it was found that the clock tower was no longer waterproof. Certain key members supporting the clocks mechanism were decaying, forcing the various drive shafts to bind, hence the poor time keeping.

The renovations to the clock tower are being carried out by a maintenance team from Hastings. The clock servicing will be carried out by one of our own Pier maintenance engineers who has previous experience working on timekeeping equipment and has maintained the Pier’s clock during the last eight years.