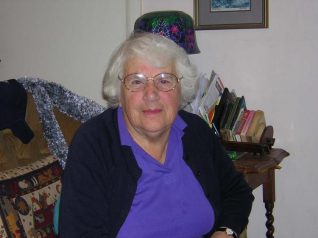 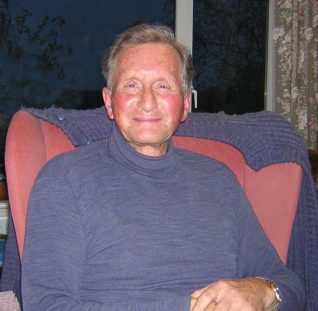 Olive’s story:
There was quite a funny incident in my home; I think my mother nearly killed me! We had a table which had one of the chenille cloths over it and my mother had laid for tea. On the table cloth there was the milk and the bread and a bowl of flowers and just then some enemy raiders came over. We heard the cannon fire or machine gun fire and I said “Oh danger of flying glass” because we had been warned about that, got hold of the cloth, pulled it down and of course the bread and the milk [went everywhere]. My mother said “I’ll give you flying glass”! That was before we had a Morrison Shelter. But something that could have been quite serious ended up being quite funny.

Tony’s story:
Most families in Brighton had that kind of shelter, it’s a big metal table and at the side you had mesh, not just wire mesh but very strong mesh at the side and that would take the weight of a house. If you were in that and the whole house came down you were safe under there. The funny thing was my sister was a devil for getting out of bed – ‘Oh my lovely warm bed’. The siren’s going you know and so we’d say “The pips have gone Joy”. “Oh, oh I’ll come down in a minute”. Then we heard this bomb coming down “Shwoosh” and we heard this other “Shwoosh”; my sister! She was out of her bed, down the stairs and in this Morrison shelter before the bomb exploded. It was only a few yards from our house. I always remember that, she would not get out of bed and [when] I ring them up in Australia now I say “remember the night you beat the bomb?”

Olive and Tony Simmonds were interviewed for the My Brighton and Hove website by Zoe Woods.