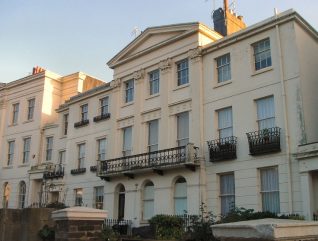 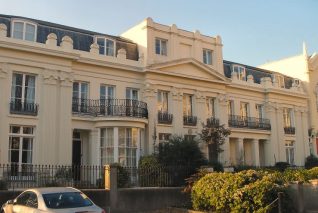 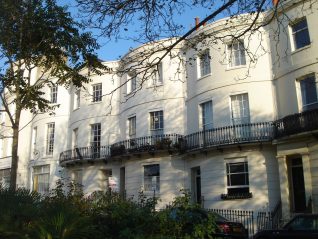 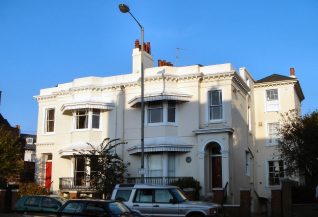 The great expansion of Brighton in the late eighteenth and early nineteenth centuries produced most of the town’s outstanding examples of architecture, and although the Prince of Wales’s regency lasted only from 1811 until 1820, the term ‘Regency-style’ has come to be applied to many of the buildings of the period from around 1810 until the 1840s. Typical are the classical crescents, squares and terraces, adorned with pilasters, ironwork balconies, verandahs and bows. Most are covered in a painted plaster known as ‘stucco’ which resembles stone and gives the town its traditional white and cream appearance; those that remained unstuccoed were usually faced with flint, or with yellow bricks from the former brickfields around the Hove boundary. (The use of stucco was, for many years, considered sham, and it was not until Sitwell and Barton wrote appreciatively of the Regency style in 1935 that general opinion changed {129}.)