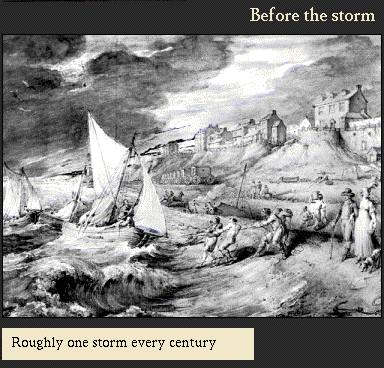 Roughly one storm every century
Image from the 'My Brighton' exhibit 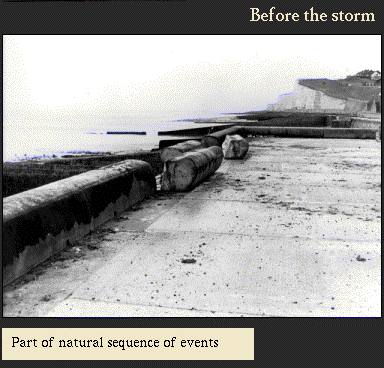 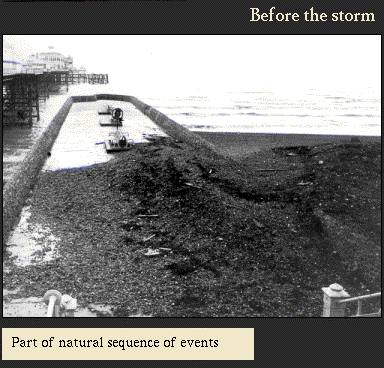 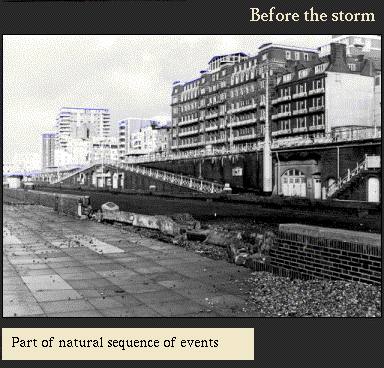 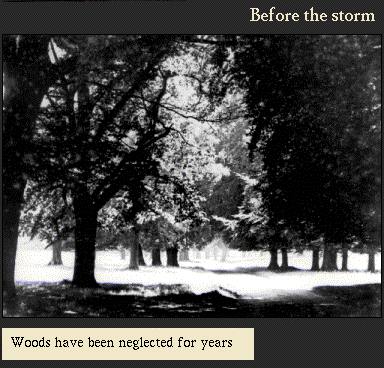 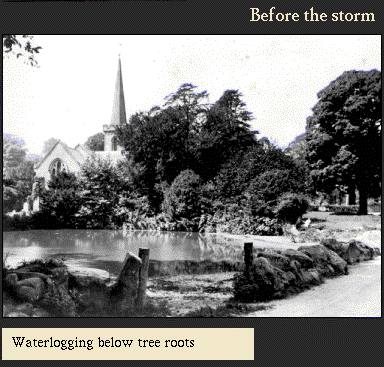 Waterlogging below tree roots
Image from the 'My Brighton' exhibit

No freak of nature
We sometimes get the idea that the 1987 storm was a freak of nature. This is simply not true. Storms have occurred roughly every hundred years for many centuries. Obviously, a hundred years is just longer than living memory, so any one person can only ever remember one major storm event.

Major storms every 200 years
Very major storms happen perhaps every 200 years. The last really major one to affect the south-east of England went on for two to three days. I understand about six to seven thousand people were killed. So storms have got a historical precedent, and part of the natural sequence of events.

Woodland wasn’t managed
One difference between woodlands in the 1987 storm and woodlands in past storms is that a lot of our existing woodlands haven’t been managed for a long time, This is because the market for timber products has gone down. It is particularly the case around Brighton. A lot of the beech trees were planted about 150 years ago, so they’re all a similar sort of size and age.

Trees at a vulnerable age
There is a category of tree that is very exposed to storm damage. Very old trees don’t suffer too much from storm damage. Very young trees are still too small. But in between, a full-grown, but relatively young, tree gets blown over quite easily. Brighton’s woods were at an age where they could more easily be blown over.

Beech has shallow roots
The autumn of 1987 was very wet. There were floods everywhere. On some soils there was water-logging below tree roots (for example, around Ashdown Forest). Around Brighton, however, the problem was more that chalk soils are fairly unstable and beech trees have fairly shallow roots. Beech is one of the more common trees around Brighton, so they blew over fairly easily.