Postcards from The Front 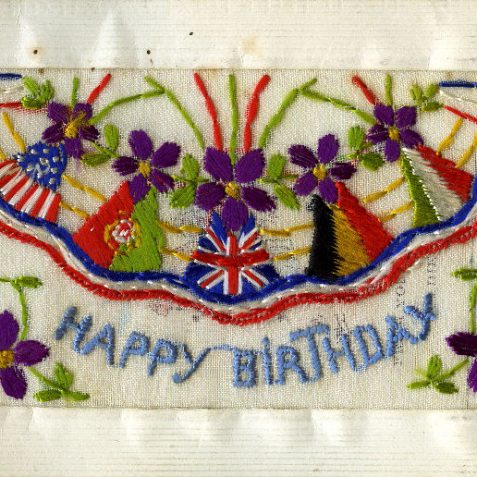 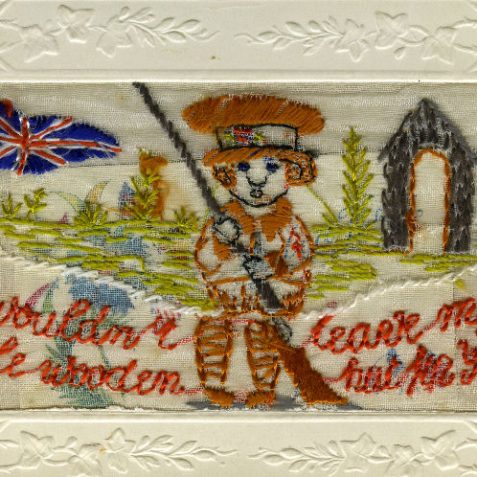 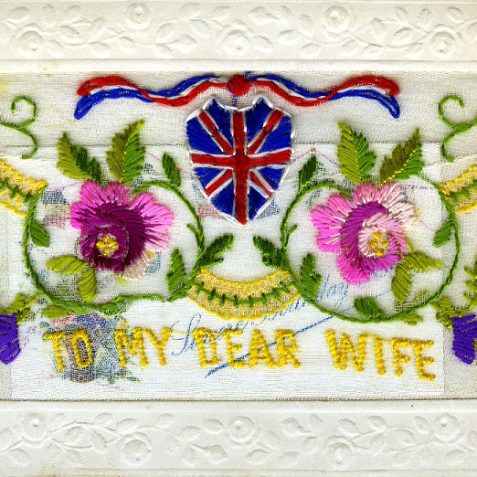 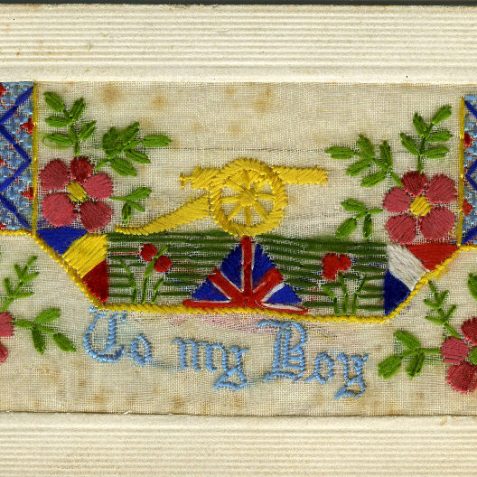 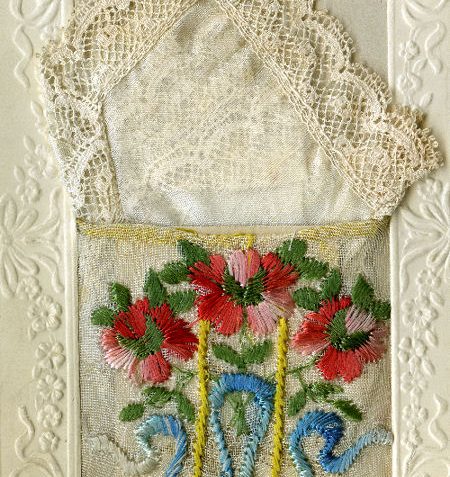 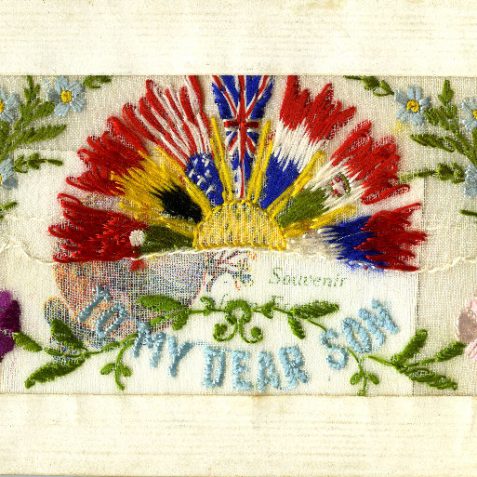 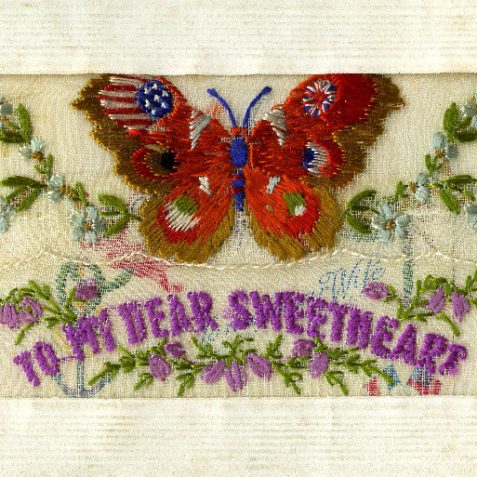 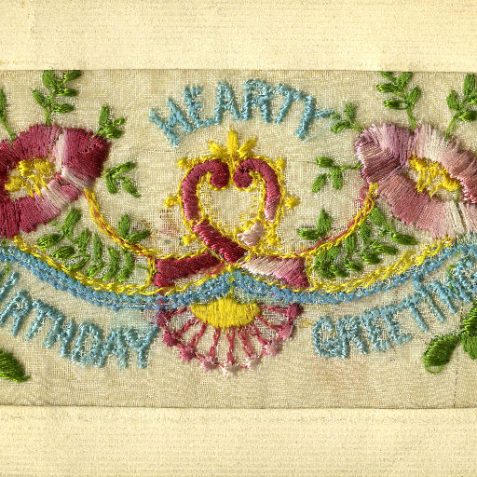 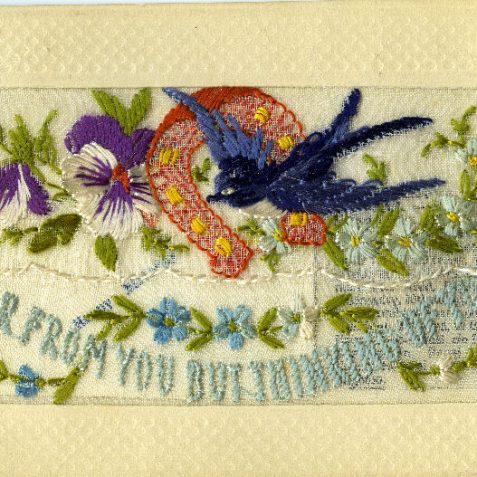 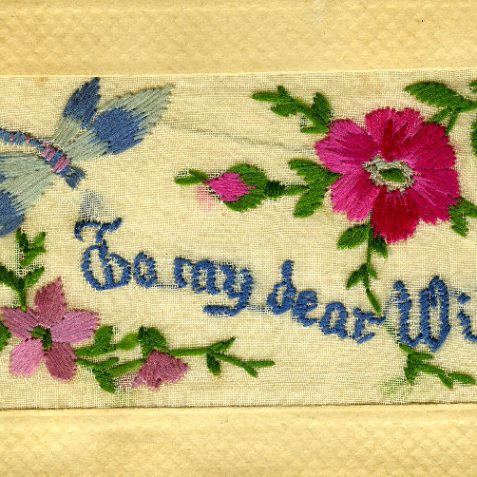 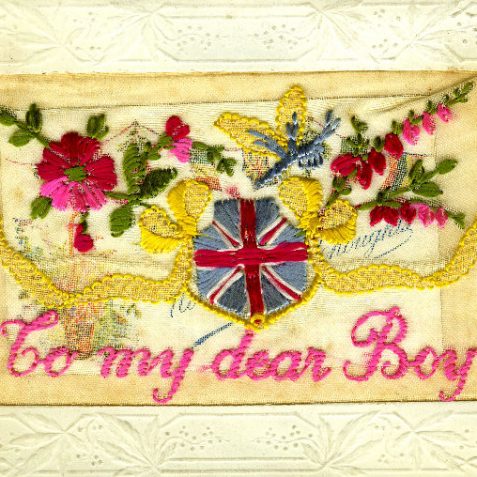 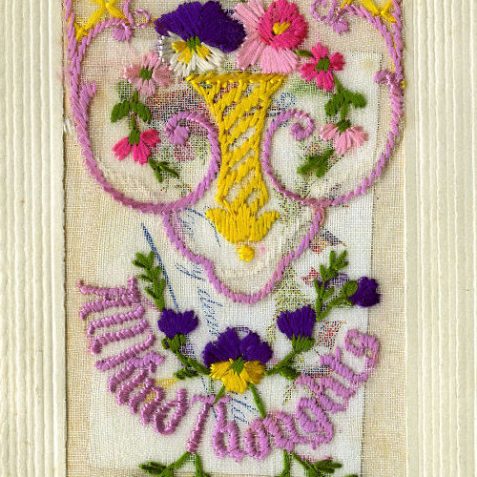 The majority of this type of glorious embroidered postcards, date from WWI and were sent from the men fighting in France to their wives, girlfriends, and families back home. An estimated ten million embroidered cards were produced during the war years.

Perhaps the most surprising thing is that these wonderful little cards were hand embroidered. Sewing the designs for the postcards was a great way for French women to earn some money – and of course help the war effort. The silk embroidery was done on very fine muslin which was then starched and cut into rectangles to be mounted on a cardboard backing sheet.

These postcards were kindly loaned for scanning, by the Deputy Mayor of Brighton and Hove Councillor Ann Norman, and her husband Councillor Ken Norman, from whose family album they were taken.