Beyond the velvet ropes 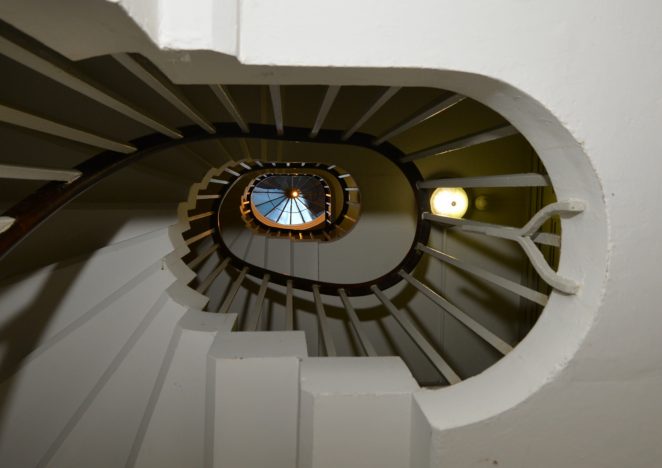 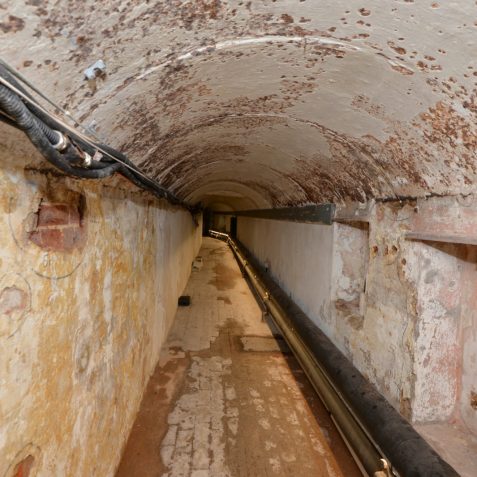 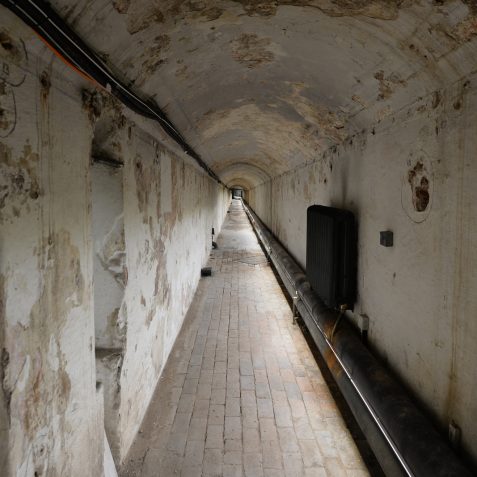 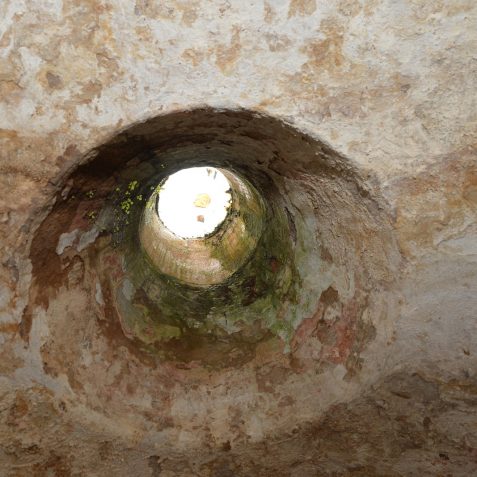 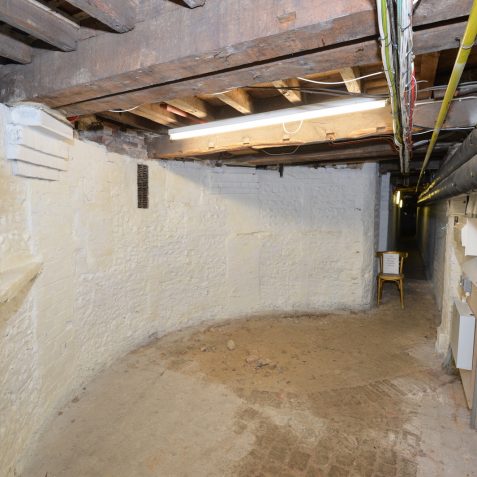 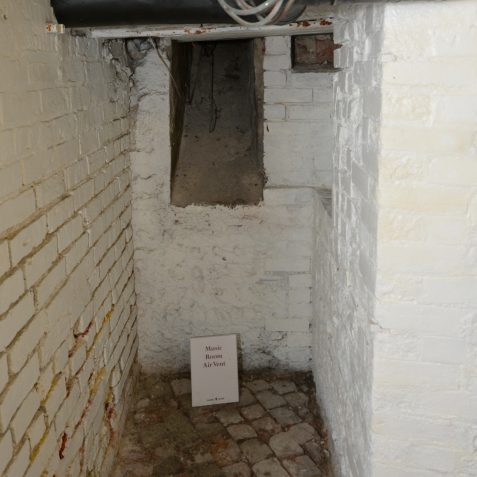 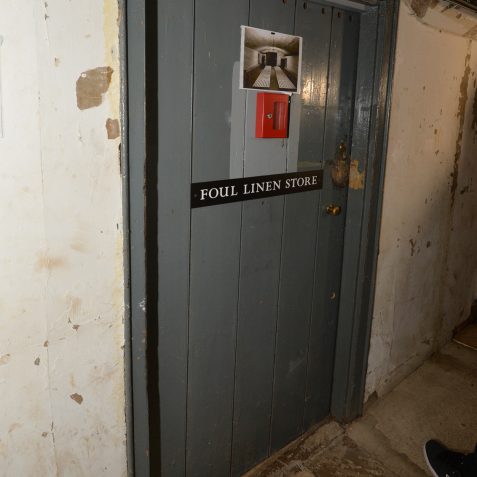 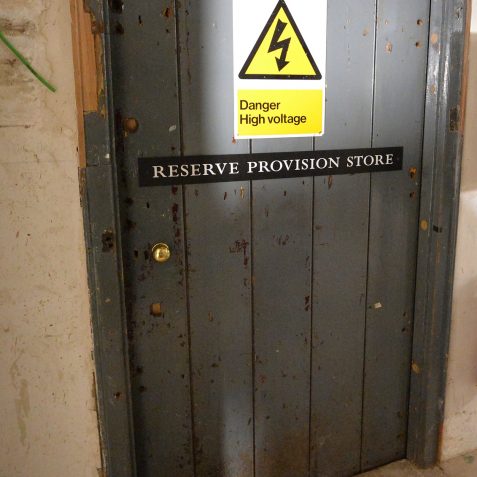 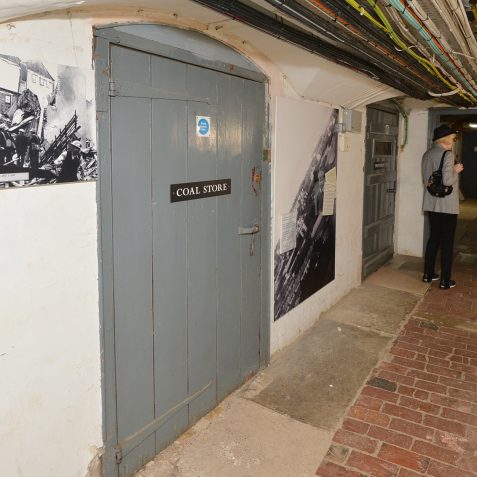 The exotic and fantastic exterior of the Royal Pavilion is Brighton’s most famous iconic vista, standing as it does surrounded by the rush and bustle of a busy city. But, once inside this pleasure palace, the visitor is treated to even more extraordinary and breathtaking feasts for the eye in the fascinating interiors. It is very easy to be swept away by the sheer spectacle of the stunning and exotic interior, but stop a moment and consider what is to be found behind the ‘No entry’ signs and those tantalising velvet ropes which deny access to ordinary folk. Wanting to find out more about when George IV was in residence at this royal palace, I took our trusty photographer Tony Mould with me on a tour of the seldom mentioned ‘downstairs’ of this palace of pleasure.

When George IV was in residence, some 150 servants spent their days beavering through the warren of underground stone passageways. To provide for the needs of the prince and a couple of dozen guests. prior to a visit, over 200 fireplaces had to be cleaned, 1548 muslin blinds prepared, and 8891 towels had to be washed and dried at the Seven Dials drying fields. It is a mystery why so many towels were needed for so few people, even allowing for the fact that George was fastidious in the matter of personal hygiene.

Most residents and visitors alike will have heard the various ‘tall tales’ about the mysterious tunnels, hidden rooms and George IV’s decadent living. But like many of these tales, history has been embroidered in the telling, and the facts are sometimes disappointingly banal. However, the ‘downstairs’ life of the Royal Pavilion was an intriguing world, hidden behind the disguised entries and passageways that sneak mysteriously beneath the grandeur above.

Many of the below-stairs passageways have disappeared over the years, but the famous ‘secret tunnel’ is still in use. It was originally thought that this was used by George to visit his illegal wife, Maria Fitzherbert. This is inaccurate, as the tunnel in question did not lead to Maria Fitzherbert’s residence, and was built long after their relationship ended. It was also thought to allow George’s mistresses to visit him without being seen. Again this was another of the tall tales circulated about the prince his current mistress would have her own room in the Pavilion. In fact there was a door in his apartments that led to a small staircase, which communicated directly with his latest ‘squeeze’ Lady Conynham’s, apartments on the Chamber room floor, which were directly above the King’s apartments.

The ‘secret’ tunnel, which was the object of much gossip and supposition, runs 60 metres from the Royal Apartments in the North end of the Royal Pavilion, to the entrance hall of Brighton Museum and Art Gallery, which was then George’s stables and riding school. Costing £1,786.01, the tunnel was constructed in 1821/22 by cutting a trench across three underground streams, capped with a ceiling and covered with earth not that far below ground.

A very practical use

This subterranean tunnel was used not only by servants to access and service the upper apartments without being seen by George and his guests; It was also used for the delivery of goods and provisions, and essential supplies like coal. The huge boiler that was installed took over a quarter of a ton of coal a day to heat the building. The tour takes in part of the North Basement, including the site of John Nash’s boiler which powered the underfloor heating system.

But the tunnel’s most important function was facilitating unfettered access for George IV to his beloved horses, without being accosted by the hoi polloi. Also, at this time George was very corpulent, we would have classed him ‘morbidly obese’; so to walk the 6o metre tunnel would have been near impossible. This problem was solved by the use of a ‘Merlin chair’, an early type of wheelchair. The chair was propelled by the occupant turning two crank-handles fixed at the ends of the armrests, which turned the two small front wheels of the chair (a third wheel or castor being set in the back rail). In his later years, plagued by many serious health problems, and addicted to laudanum, a 20 stone George moved from the Royal Pavilion to Windsor Castle, and died there on the 26th of June 1830; he was 58years old.

Patron and collector of art

George IV may have lived a dissolute and profligate lifestyle, but he was a great patron and collector of art; the Royal Collection owes much to his magnificent magpie instinct. No British monarch, except possibly Charles I, ever added so much to the nation’s cultural heritage. Passionate about art, George’s love of French furniture and works of art, and his prolific picture collecting have given the Royal Collection some of its greatest treasures. One such is a magnificent silver-gilt dining service, known as the ‘Grand Service’ which cost £70,000. The Grand Service is so large and so magnificent that it has never been replaced; it remains in use by the monarchy to this day and is placed on the table for State Banquets at Windsor Castle and Buckingham Palace and for other ceremonial events.

It is true that as a prince and a king, George IV was extremely unpopular. Never in modern times has a sovereign died so unloved and unlamented, nor has the person of the monarch been accorded so little respect after death. But what would Brighton have been like without George, without the Pavilion? In 1783 when George IV as Prince of Wales arrived in the town, he transformed it into his own playground and Brighton has been partying ever since.

This tour a ‘must see’ part of the history of this former royal palace. You will enjoy a behind-the-scenes glimpse of the basement and tunnel of the Royal Pavilion and discover more about life below stairs for the servants, from the rat catcher to George’s principal private secretary. The tour ends with a visit to the tunnel which led to George IV’s royal stables and riding school (now Brighton Dome)

The tours run on selected dates from April 9th until June 25th.  Booking is essential as numbers are limited. You can find all the details here. 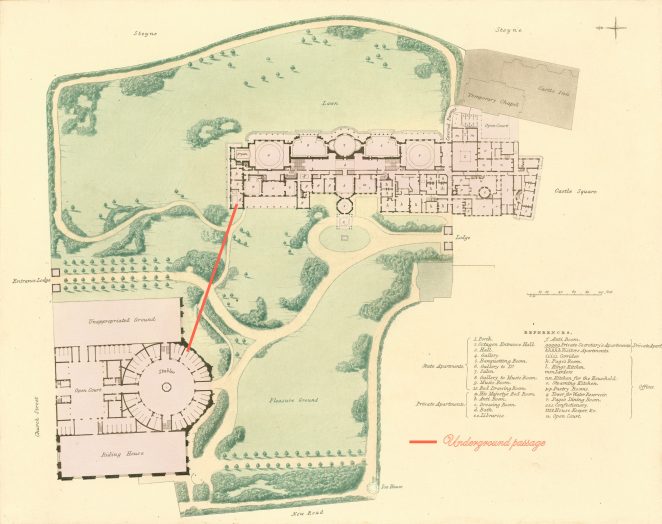 Plan of the Royal Pavilion and Kings stables and riding school