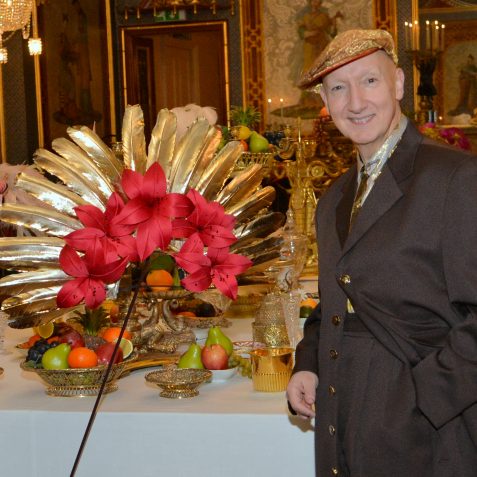 Stephen Jones with one of his creations
©Tony Mould 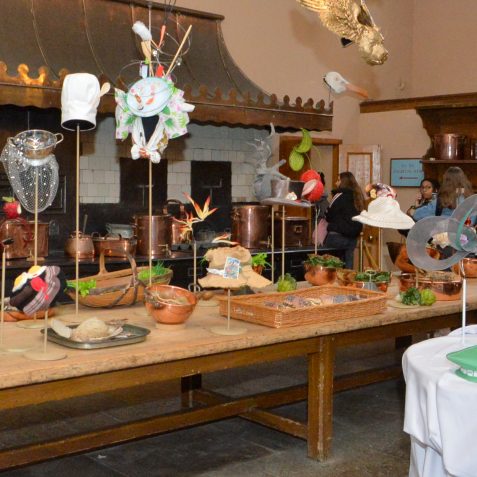 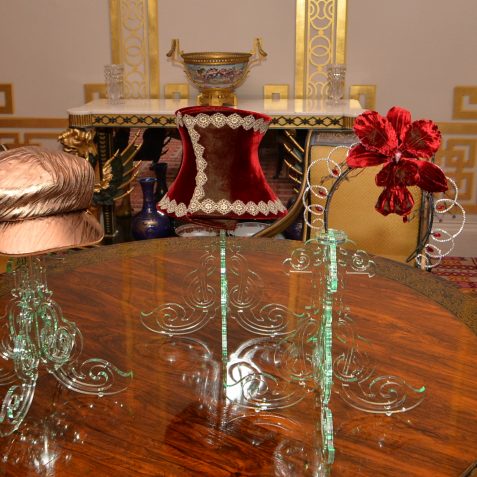 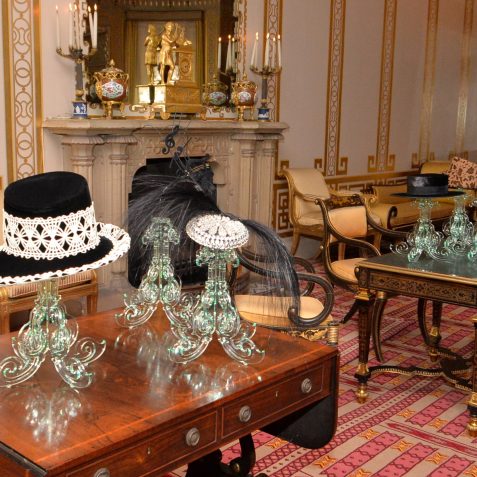 Contrasting styles - over the top and understated.
©Tony Mould 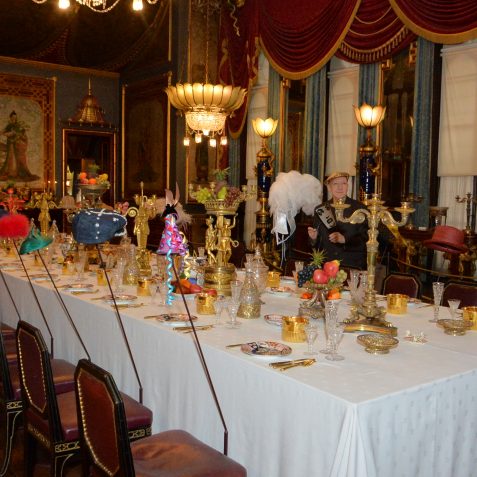 Some exquisite designs on the menu
©Tony Mould 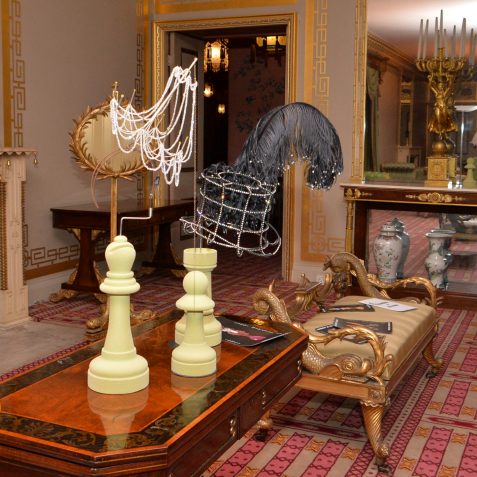 Milliner to the stars and celebrities, Stephen Jones OBE, is presenting a dazzling
new exhibition, in the Royal Pavilion, showcasing some of his most famous hat designs. The previous royal palace has long been an inspiration to Jones, and many of his hats reflect the wonderful, exotic, vibrant and whimsical nature of the Royal Pavilion. Stephen’s creations are on display in various rooms, including the Banquetting Room and the Great Kitchen.

Quintessentially ‘off the wall’

Stephen Jones has been part of the London fashion scene for decades. His quirky and quintessentially ‘off the wall’ designs were perfectly fitted to the emergence of street style in the late seventies. By 1980 Stephen had opened his first millinery salon in the heart of London’s Covent Garden. It quickly became the ‘go to’ emporium for the A-listers of the time, catering for everyone from royalty to rock stars. Stephen was quickly identified as the milliner who ostentatious designs were guaranteed to grab the headlines for the wearer.

The exhibition runs until the 9th of June 2019
Free with Royal Pavilion admission, members free