You are here: HomenextPlacesnextTransportnextThe Dyke RailwaynextExploring the route of the old Dyke Railway: Part IV

Exploring the route of the old Dyke Railway: Part IV 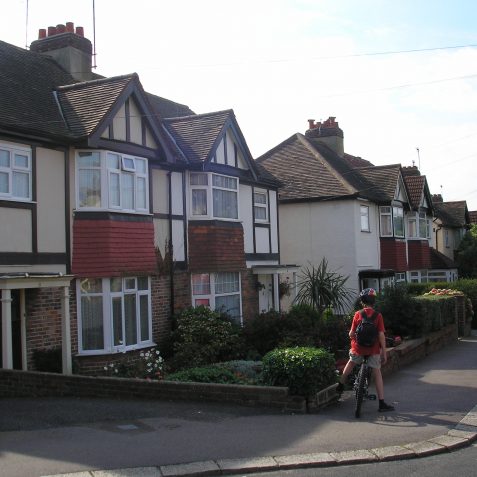 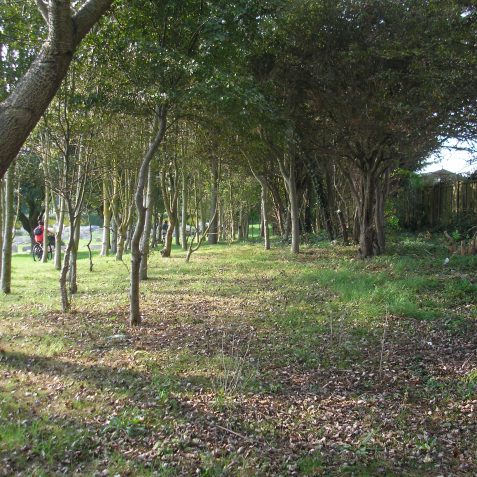 The route of the Dyke Railway, Hove Cemetery
Peter Groves 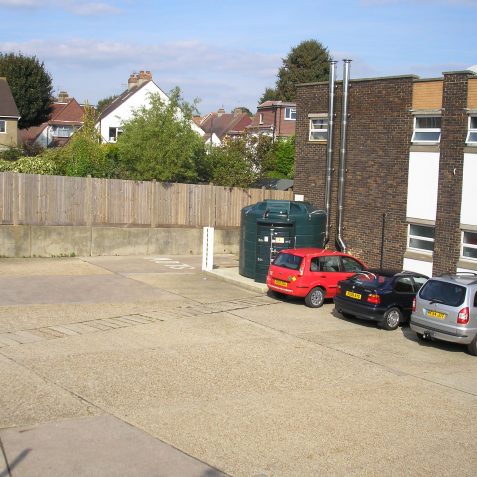 The rear of Hove Fire Station, and back gardens of Maple Gardens
Peter Groves

Maple Gardens
Now quite pleased with themselves, the boys cycle through the twitten (old Sussex word for alleyway) by the side of Maple Works and into MapleGardens.  Tiarnan checks the virtual view and finds again the arrangement of industrial buildings and tree lined boundary show the old route.   They cycle back down the twitten, along  Old Shoreham Road and into Hove Cemetery.

Virtual view of area
The virtual view of this area shows Hove Fire Station at the top of English Close.  Prior to 1879 the first location for Hove Fire Station was in Brunswick Street West.  Around 1879 Hove Fire Station was relocated to George Street, where it remained for over 40 years.  By the 1920’s, with the size of fire appliances increasing, Hove Corporation Fire Service had outgrown the building in George Street.  In 1926 another move was made to a purpose built station in Hove Street, which was to remain their home for the next 50 years.

Closure of the Dyke Railway
Devils Dyke, which is 700ft above sea level, had been a popular beauty spot since the time of Prince Regent, the summit providing superb panoramic views for many miles around.  Prior to the opening of the railway, the only means of reaching the beauty spot were either, walking, horseback or a very uncomfortable horse and carriage ride.

Final demise after 51 years
The building of the railway brought huge crowds during holiday times, when the weather was good.  However if the weather was poor, and during the long period “out of season,” the railway lost its main source on income!  Additionally, gradually there was fierce competition from motorised transport.  It was for these reasons that on 31st December 1938, after 51 years of steam engines puffing their way up and down the line, that it closed.

Decayed after WWII
With WWII coming so quickly after closure, there were far more important issues to consider than the old railway track, which soon fell into decay.  Following the war the old track bed behind MapleGardens and Elm Drive slowly became overgrown and forgotten.  Although much forgotten by most, some residents gradually took advantage of the situation and bit by bit back gardens began to encroach on the old, overgrown, disused line.

Old track transformed
By the mid 1970’s another move was planned for Hove Fire Station, this time to the area of land behind Maple Gardens and Elm Drive!  When the surveyors turned up to set out the levels for the new fire station, beautifully manicured lawns, fertile vegetable gardens, green houses and garden sheds were where the old track bed. should have been!  This setback was eventually resolved and finally in 1976 Hove Fire Brigade moved to the new station in English Close.