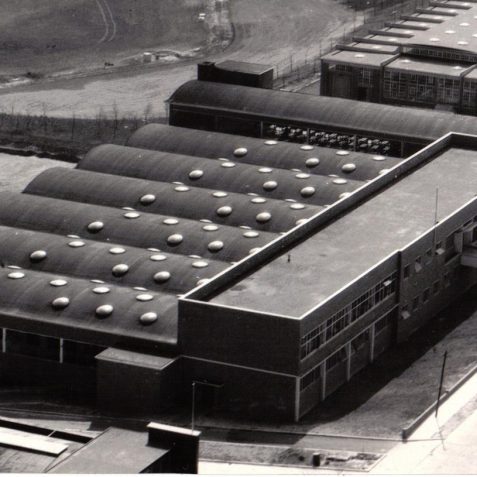 1952. CVA No 2 Factory
From the private collection of Peter Groves 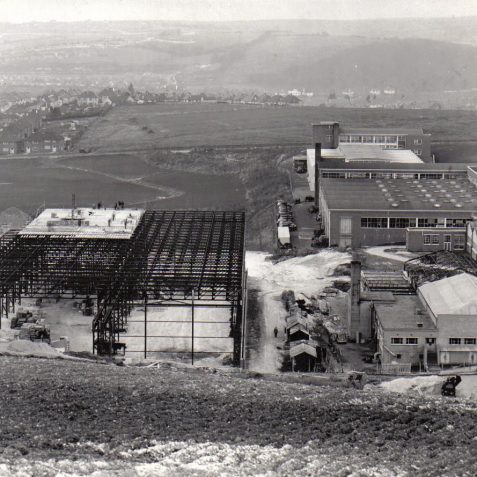 1958. Construction of CVA No 6 Factory
From the private collection of Peter Groves 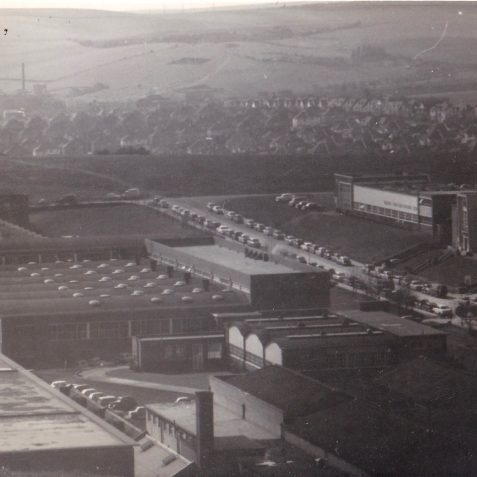 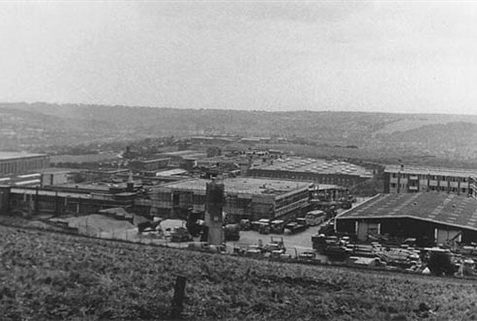 1966. General view over Hollingbury Ind. Estate
From the private collection of Martin Nimmo 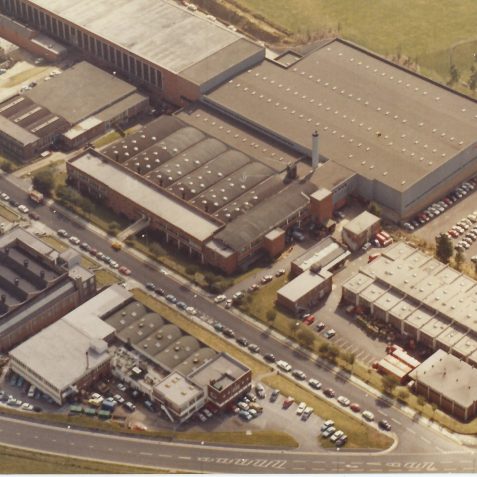 1970. West side of Hollingbury Ind Estate
From the private collection of Terry Buck 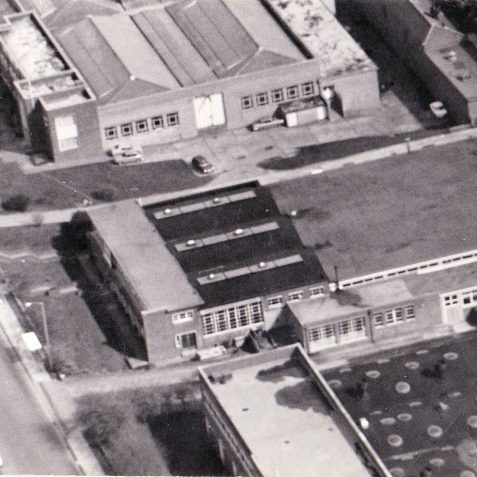 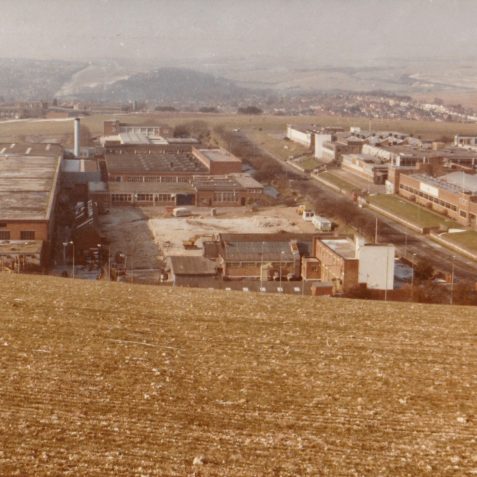 1985. Demolition of Leytool
From the private collection of Richard Griffiths (Talbot Tool) 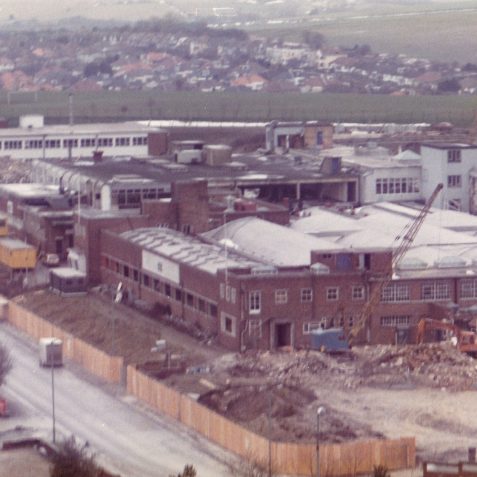 1987. The Demolition of STC (ITT Creed)
From the private collection of Richard Griffiths (Talbot Tool)

Call me sad if you want, but I find these photographic views over Hollingbury Industrial Estate fascinating; from its infancy in 1952 until the start of its demise as a manufacturing entity around 1987.

The new CVA No 2 factory soon after completion in 1952.  To the right is the Pullers Instruments factory completed in 1951, and on the left KDL Precision Engineers completed in 1950. The land behind CVA became a park, but was “swallowed up” by the industrial estate in 1966.

The construction of the huge CVA No 6 factory is underway, and to the right further building work on the rear of the Leytool factory.  In the distance, open land where the ill fated Patcham Fawcett School was built in the mid 1960’s.

Seen behind the chimney in the foreground, the extension to the Leytool factory from the previous photo is now complete.  The shape of the cars parked in Crowhurst Road, also confirm that it’s early 1960’s.

From Martin Nimmo’s collection on a previous page, this photo is dated as c.1960, however I think it’s nearer to 1966.  In the far distance I’m sure the buildings of Patcham Fawcett School can be seen, which would date it after 1965, furthermore the No 8 factory extension to the CVA/Kearney & Trecker building is missing, so it would be earlier than 1969.  Note the number of cars parked on the roof of the ITT Creed building.

This aerial photo dates from around 1970; the Kearney & Trecker No 8 assembly factory, completed in 1969 can be seen.  Furthermore, the name Kearney & Trecker on the front of the building indicates it’s before the merger with Marwin in 1973.  Probably the photo was taken to promote the opening of the new factory.

The former KDL Precision Engineers factory built in 1950 central.  KDL were bought out by Talbot Tool Company in 1958.  The flat roof extension at the rear was built in 1968 on the open land seen in the earlier 1964 photo.

Central, the demolition of the 1950 built Leytonstone Jig & Tool Co (Leytool) factory is complete.  Note to the right the huge ITT Creed factory and to the left the KTM factory.  In the far distance the Patcham Fawcett School can be seen, and in the foreground the Jotun-Henry Clark paint factory.

The size of the huge STC (ITT Creed) can be appreciated; it was in excess of 190,000 square feet.  It was probably the demolition of this, and the Leytool factory, that was the beginner of the demise of the industrial estate as a manufacturing entity.