Until the middle of the 19th century, the vast majority of people would have been buried in a churchyard, but by this time burial grounds were overloaded with human remains. Many of them had been in use for centuries and graves were commonly recycled, one body being buried upon another. It was not unusual for bones to be visible, projecting from the ground.

In the early 19th century, the churchyard at St Nicholas was full to overflowing and so an extension to the east was consecrated in 1818. A separate extension on the northern side of Church Street opened in 1824, and a third extension was opened across Dyke Road in 1841. Eventually, under the provisions of the Burials Beyond the Metropolis Act 1853, burials at the church were prohibited from 1 October 1853, necessitating the opening of the Parochial Cemetery off Lewes Road. 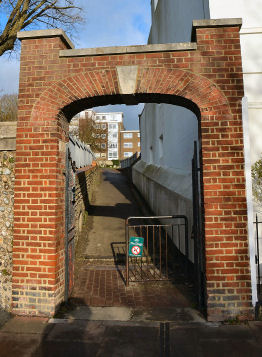 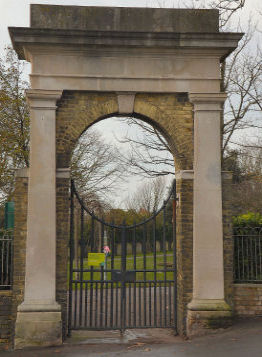 The north and west extensions

The 1824 extension is approached through a red-brick archway on the northern side of Church Street. Once the site of the parish stocks, it was taken over by the corporation following the 1884 Brighton Improvement Act, and in 1949 the gravestones were removed to the side walls, The western extension is entered through a listed archway of 1840 on the western side of Dyke Road, and was laid out by A.H.Wilds in that year. It also came under the control of the corporation following the 1884 Improvement Act, and is now known as the Dyke Road Rest Garden. Gravestones line the walls, and a tree-lined pathway runs around some large Victorian tombs. 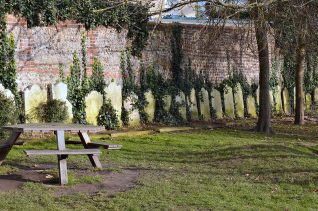 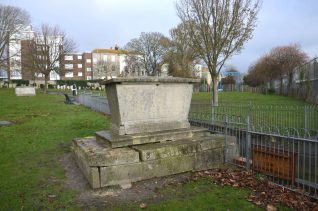 Also in the 1850s, when the church building was being restored and renovated, there was a clearance of a large number of the graves and monuments from the northern area of the churchyard. Some of the most imposing monuments of important people were moved and their bodily remains reinterred. But many of the ordinary occupants of the churchyard were merely dug up and thrown down a disused well. A hundred years later, between 1949-1951, all three burial grounds were cleared by Brighton Corporation. 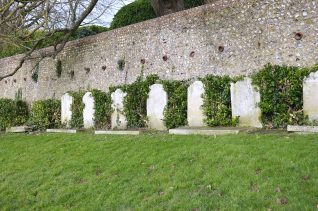 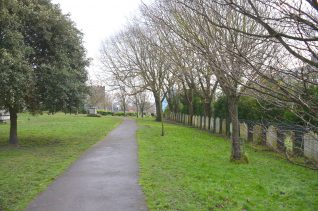 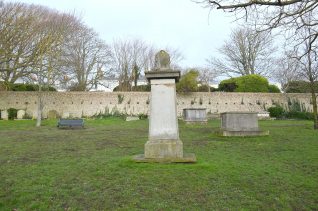 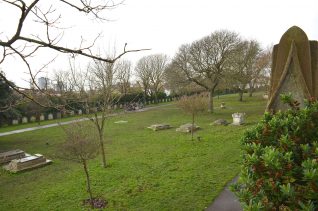 Have you seen the section on St Nicholas’ Rest Garden?