For a very short time during 2013 this old shop signage was revealed whilst the owners installed their new shop sign.

The premises at 14 St George’s Place, once belonged to C. Baker who ran a tobacconist business here from at least 1947 up until the late 1950s.

Do you remember this shop? Did you ever use it? If you can share your memories with us, please leave a comment below.

C. Baker & Co were a large firm of wholesale tobacconists, confectioners and importers of fancy goods, setting up premises in Blatchington Road in the Brighton area in the 1890s. In the early 20th century they moved to new premises in Goldstone Road before opening a large factory named Vale House in Portslade. The company expanded their operations into retail outlets and the St. George’s Place premises are such an example of one set up just after the end of WW2. The business still existed up until 1973, after which it became Audit & General Holdings, an investment and holdings company. 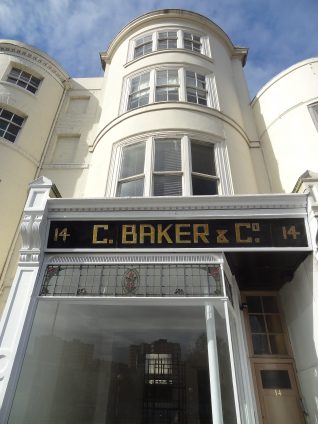 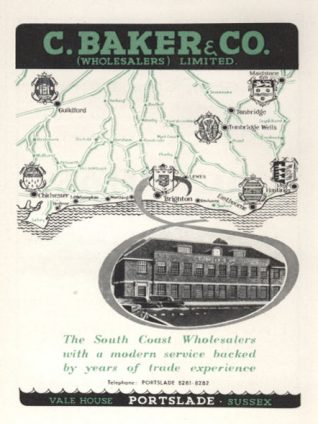