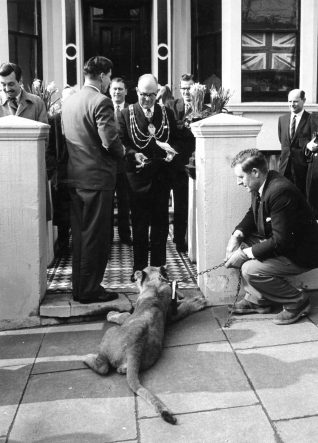 More than 50 years ago Brighton Lions Club established Brighton Lions Housing Society. Its first project was the purchase of a house and its conversion into six flats for elderly residents of Brighton. Lion House, as it was called, was officially opened in March 1962 when the President, Lion Dick Hackett, handed the key to the Mayor of Brighton, Councillor George Baldwin.

One of the Lions knew someone who owned a lion cub and he brought Leo along to liven up the proceedings. The Housing Society now owns 109 flats in purpose-built blocks and six bungalows, let to persons of retirement age at affordable rents. If you want to find out more about their work visit the website here.