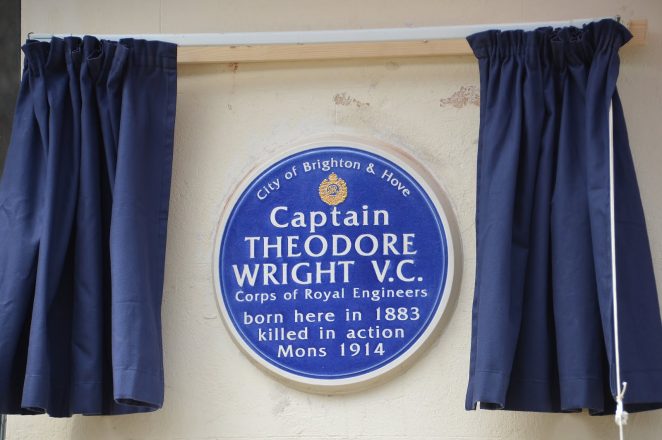 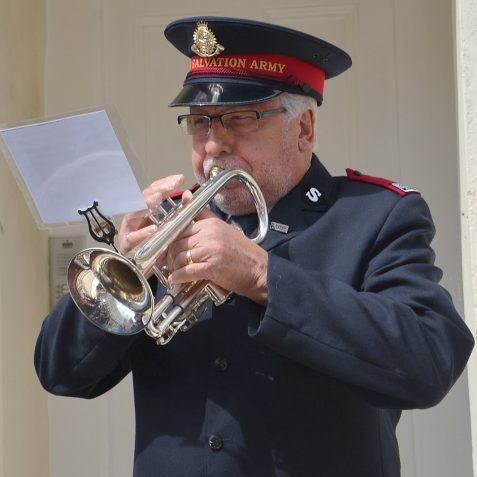 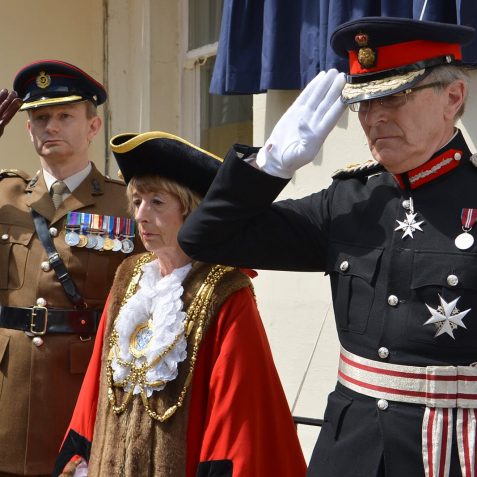 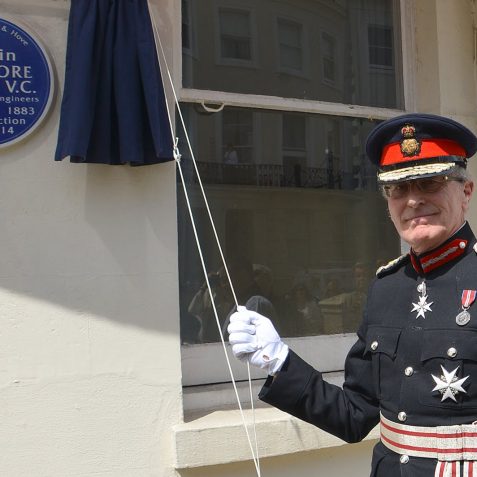 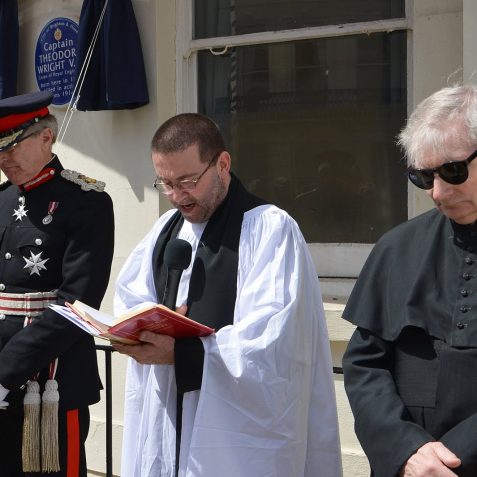 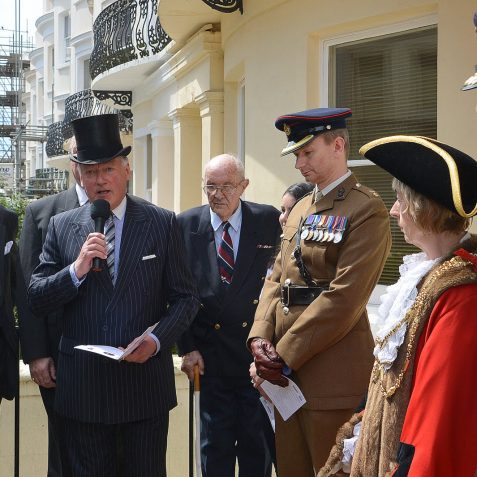 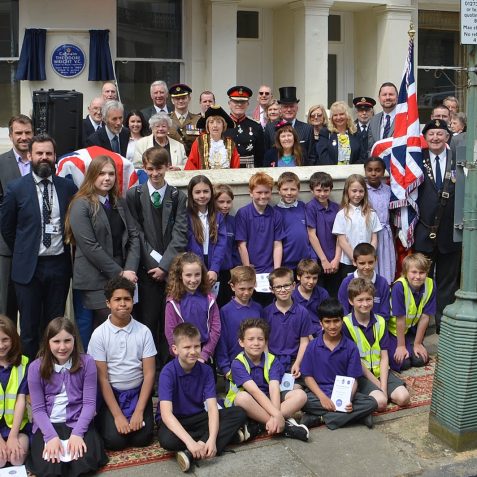 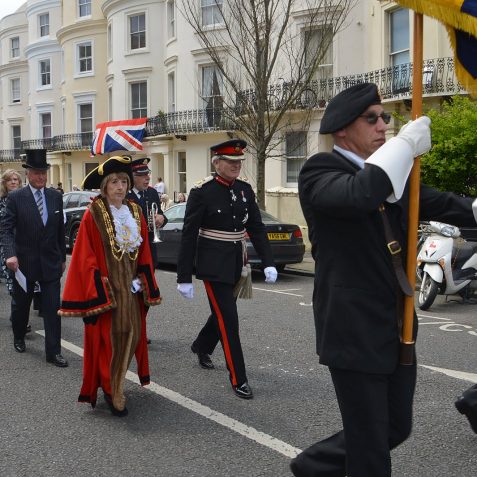 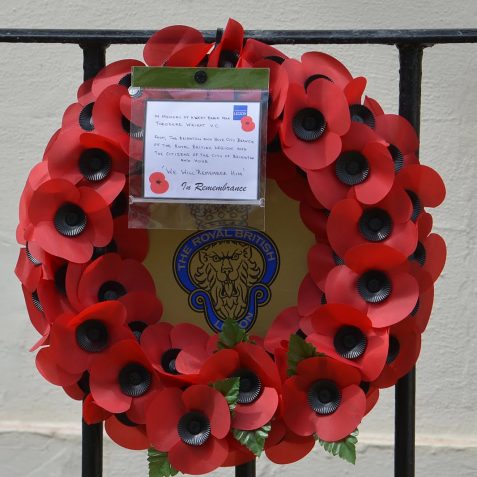 This week a blue plaque was unveiled in memory of Captain Theodore Wright who was awarded the Victoria Cross in WWI. The plaque has been placed at 119 Lansdowne Crescent in Hove where he was born in 1883. The ceremony was attended by the Lord Lieutenant of East Sussex, Peter Field, the Mayor of Brighton and Hove, Councillor Lynda Hyde, Mr Roger Amerena of the commemorative plaque panel, members of Captain Wright’s family, local representatives of the Royal British Legion, representatives from Captain Wright’s regiment, The Royal Engineers, local dignitaries and many local people.

At Vailly, Aube, on the 14th September 1914, Theodore Wright assisted the passage of the 5th Cavalry Brigade over a pontoon bridge, and was mortally wounded whilst assisting wounded men into shelter. An officer of the Scots Greys wrote in a letter later “We got across the river the day before yesterday a bit before our time and we had to go back over a pontoon bridge considerably quicker than was pleasant, under a very heavy fire too. At the end of the bridge was an Engineer officer repairing bits blown off and putting down straw as cool as a cucumber – the finest thing I ever saw. The poor fellow was killed just after my troops got across. No man earned a better Victoria Cross.“