You are here: HomenextCity InsightsnextLeonardo Andres: a proud new citizen

At the Citizenship Ceremony in HoveTown Hall today, there was a special presentation made to Leonardo Mayo Andres, Jr., a 35 year old Phillippino national. Leo, who came to the UK seven years ago, and now works as a nurse in the Royal Sussex County Hospital, was the 3,000th individual to gain his citizenship certificate in Brighton and Hove. 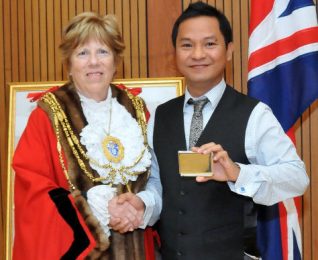 44 people from 21 countries
Leo was one of forty four individuals from more than twenty one different countries who, having successfully passed their citizenship tests, attended the ceremony, along with family and friends, to receive their certificates from the Mayor of Brighton and Hove, Councillor Ann Norman.  The Deputy Lord Lieutenant of the County of East Sussex, Roger French, and the Acting Chief Executive of Brighton and Hove City Council, Alex Bailey also attended.

After the ceremony, Leo shared his thoughts with us, he said,

‘I’ve been in Brighton now for 3½ years working in the city’s leading major hospital, but before that, I worked in London and Kent. To be a British citizen is a great honour, and I would say it is a privilege to have UK nationality. The things that I like most about living here, is that I feel safe and comfortable living with the place and with the people.  It is a great privilege to abide by, to respect and to practise, all the really great freedoms that this country bestows upon its citizens.’ 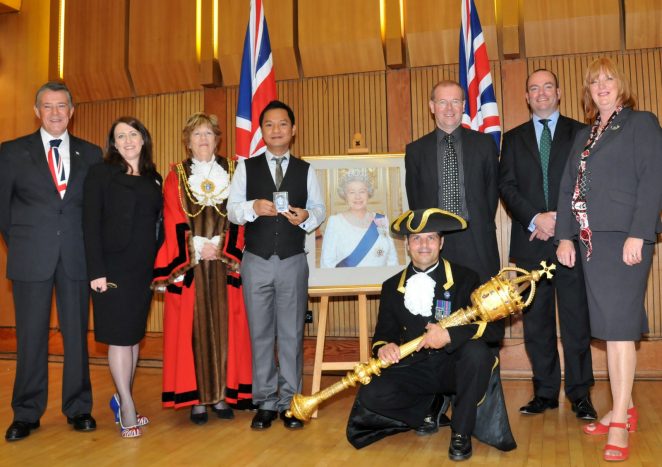