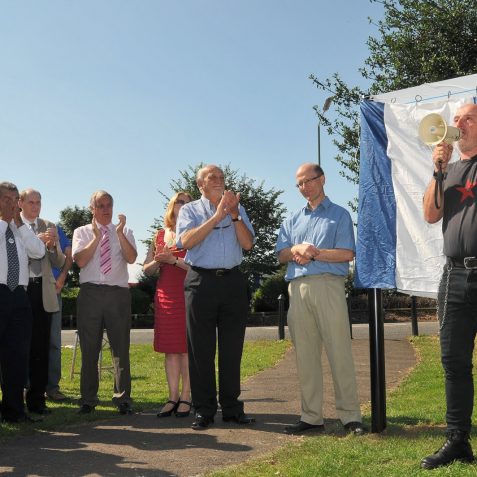 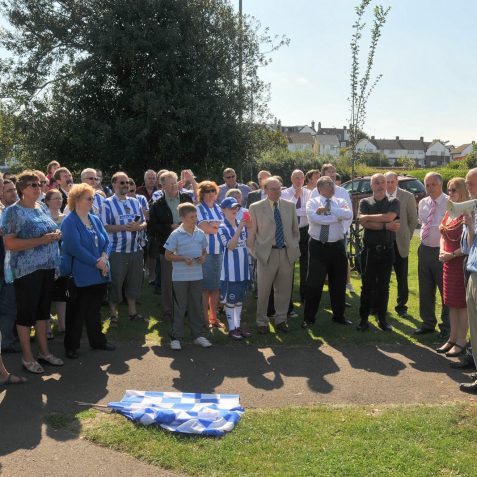 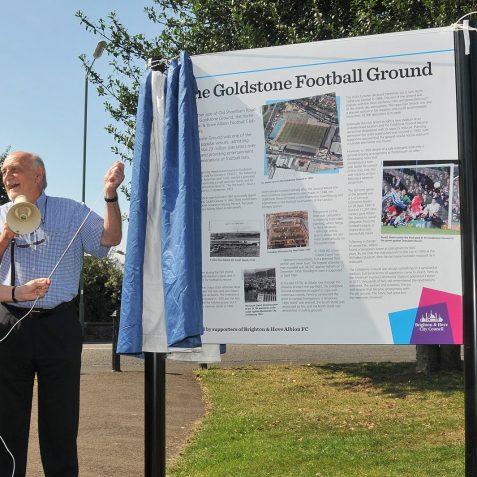 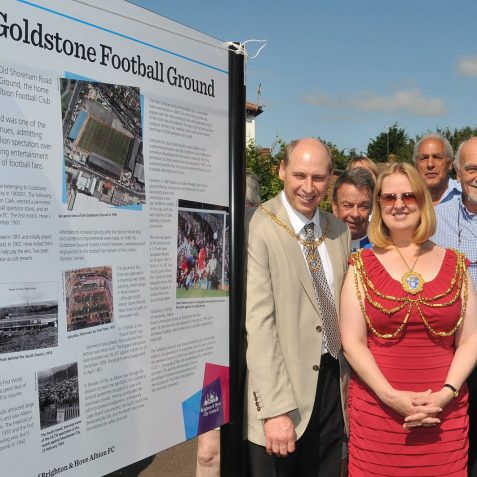 As Brighton & Hove Albion move into their new American Express Community Stadium, the club’s supporters are remembering their former home. Albion played at the Goldstone Ground in Old Shoreham Road, Hove, from 1902 until 26 April 1997. That last game saw Dick Knight, the leader of the takeover consortium that saved the club, take his seat in the directors’ box, but it came too late to rescue the ground from redevelopment as a retail park.

Now, working with Brighton & Hove City Council, Albion fans are funding a “heritage board” to remember the Goldstone Ground. Standing in the south-west corner of Hove Park, the Goldstone Heritage Board was inaugurated on Saturday, 30 July – the morning of the official opening of the Amex Stadium. The Mayor of Brighton & Hove, Councillor Anne Meadows, and her Consort, Tony Meadows, were in attendance.

History of the Goldstone Ground

After Attila the Stockbroker, Albion’s Poet-in-Residence, recited ‘Goldstone Ghosts’, Dick Knight, now Life President of the club, performed the unveiling. Tim Carder, who is chairman of the Albion Collectors’ and Historians’ Society which is dedicated to promoting and preserving the history of the club, and has overseen the project. explained:
“Fourteen years after the old ground closed, and with the magnificent Amex Stadium about to open, it’s time to provide a memorial to a sporting arena that admitted something like 23 million spectators in its lifetime. A generation of fans that never knew the Goldstone Ground has grown up. This heritage board will allow us to tell our younger supporters and those not yet born something of the story of that well-loved venue.”

The board stands close to the Goldstone itself – that is the large rock which gave its name to the valley, Goldstone Bottom, and ultimately to the football ground. The reverse side of the board has an account of Goldstone Bottom and Hove Park. At the bottom of the board it says ‘Sponsored by supporters of Brighton & Hove Albion FC’. Fans are invited to make a small personal donation to assist with this tribute to what was, for many supporters, a second home.”

Contribute to the project?

Anyone wishing to contribute to the project can do so via Barclays Bank account 60937320, sort code 20-20-62, in the name of “Goldstone Heritage Fund”. Cheques or postal orders should sent to John Kirkland, 32 Buchans Lawn, Crawley RH15 9NZ. Any excess income will be donated to Albion’s award-winning charity arm, Albion in the Community.