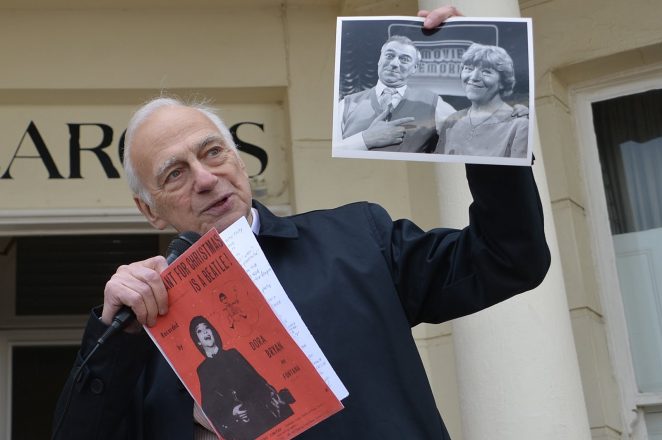 A blue plaque in memory of much-loved actress Dora Bryan has been unveiled at the former Brighton hotel she lived in for more than 40 years. Dora and her husband Bill Lawton, owned Clarges Hotel at 115–119 Marine Parade. After her husband died Dora was herself in frail health and spent her last years in a nursing home in Hove; she died on 23rd July 2014.

A ceremony to mark the unveiling was conducted by a long time friend and fellow performer, Roy Hudd.  Roy is President of The Max Miller Appreciation Society (MMAS) which raised the £1,200 needed for the plaque. The ceremony was attended by the Mayor of Brighton and Hove, Councillor Lynda Hyde, Dora’s family, friends, fellow entertainers, and fans. Talking about Dora’s appeal as a person, Roy Hudd said:

“She was greatly loved, anyone who had any sort of relationship with her just loved her. She was a tremendous actress. Somebody who can make us laugh is much more important than some great serious actor luvvie or lady.”

Dora Bryan was born in Lancashire and made her first stage appearance at the age of 12 in a pantomime, during the Second World War she entertained with ENSA. Her career saw her work on over 30 Films including the 1961 Kitchen Sink drama ‘A Taste of Honey’ which she won a BAFTA for Best Actress. She appeared in numerous television shows including ‘Absolutely Fabulous’, ‘Dinnerladies’ and ‘Last of the Summer Wine’. On stage she showed her versatility performing in plays, most notably Harold Pinter’s ‘The Birthday Party’ which she won the Laurence Oliver Award for Best Actress and many Musicals including the title role in ‘Hello Dolly’ at the Theatre Royal, Drury Lane. 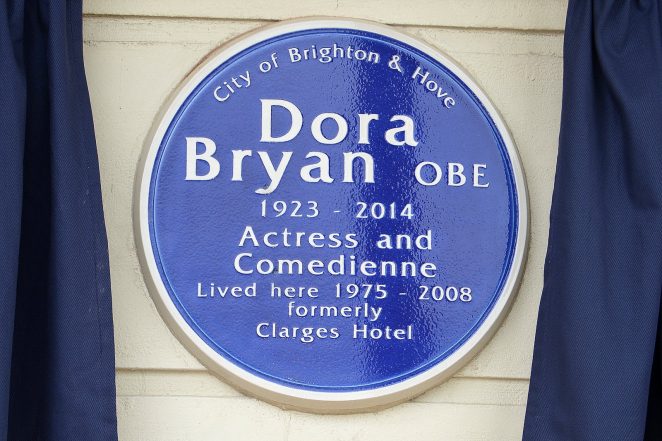